A Word That Says it All 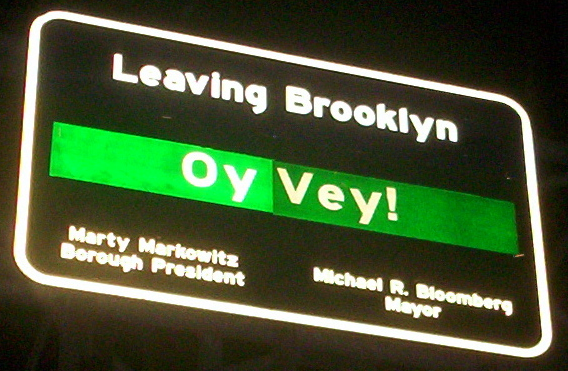 Recently, someone on Quora asked „How did the phrase “oy vey” become popularized in the USA?“ This sent me scrambling for my well-leafed copy of Leo Rosten’s wonderful book, Joy of Yiddish, which is the penultimate guide to the variety and vitality of the language and special culture of the Jews, their distinctive style of thought, and their subtleties of feeling. Published in 1968, the book contains a whole chapter devoted to the word oy!

The exclamation point, he claimed, is part of the spelling.

Oy is not a word; it is a vocabulary, he writes. It is uttered in as many ways as the utterer’s histrionic ability permits. It is a lament, a protest, a cry of dismay, a reflex of delight. For him, however sighed, cried, howled, or moaned, oy! is the most expressive and ubiquitous exclamation in Yiddish.

Oy is an expletive, an ejaculation, a threnody [dirge], a monologue. It may be employed to express anything, from ecstasy to horror, depending on (a) the catharsis desired by the utterer, (b) the effect intended on the listener, (c) the protocol of affect that governs the intensity and duration of emotion required (by tradition) for the given occasion or crisis.

Oy is often used as a leadoff for “oy vay”, which means, literally, “oh pain,” but is used as an all-purpose ejaculation to express anything from trivial delight to abysmal woe. Oy vay! is the short form for “oh vay iz mir!” (pronounced “oy VAY iz mere”), an omnibus phrase for everything from personal pain to emphatic condolence. (Vay comes from the German Weh, meaning “woe.”)

Oy is also used in duet form, oy-oy! or in a resourceful trio: oy-oy-oy! The individual oys! can play varying solo roles, to embellish subtleties of feeling: thus OY!oy-oy, or oy, oy, OY! OY-oy! can mean “And how!”

It is worth noting that oy! is not ai!, and runs a decidedly different gamut of sensibilities. Ai! is also used in tandem (“ai-ai!”) and à trois, as the French, no novitiates in the “ai-ai-ai!” stakes would put it.

As for the difference between oy! and ah!, there is (naturally) a saying to illustrate the distinction:

“When you jump into cold water you cry ‘oy!’ then, enjoying it, say ‘a-aah.’ When you commit a sin, you revel in the pleasure, ‘a-ah’; then, realizing what you have done, you cry ‘oy!’”

Oy, accordingly, can be used to express:

Hul-lo,” a cultivated voice intoned, “I’m telephoning to ask whether you and your husband can come to a tea for Lady Windermere – – “