„Are Northern Germans more blonde than South Germans and Austrians on average?“, someone asked me on Quroa, and I was able to answer by telling him the story of my wife’s family.

She grew up in the Oetz Valley in Tyrol, which for thousands oy years was a popular route for marauding hordes of German tribes on their way to sack Rome or Roman legionaries off to sack Gaul and Germania, and every group of invaders left their genes behind after raping all the girls and women they could find.

My wife, for instance, is a pure Celt – red hair, white skin, green eyes, and tons of freckles, just like our daughter (who lives, BTW, in County Kerry…) 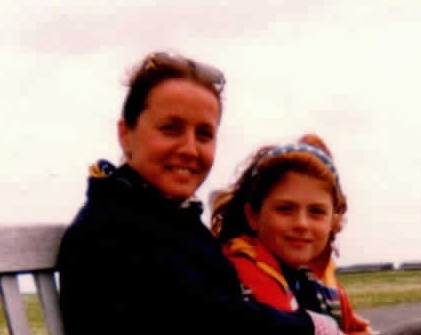 Her sister who is one year older looks like a classical Italian matron with blue-black hair (getting a little grey by now), a Mediterranean complexion, grey eyes, and a Latin nose.

Their brother is the prototype of a “Black German” -tall, athletic, pale-skinned except when his job as a skiing instructor takes him outside, in which case he looks like a bronzed warrior god complete with the hooked nose. All he needs is a winged helmet…

Their mother swore until her dying day that all three were conceived by the same father, who himself looked like a Tyrolean “Waldschrat” or wood gnome: a head-and-a-half smaller than his son with a body consisting only of muscles and bones. He was a famous skier and mountain guide for 50 years, and he finally retired because he found he could no longer hold on to the rope until the rescuers to arrived if two climbers slipped at once and threatened to fall off the mountain.

Of course, all the gossips in their home town of Soelden were certain that each of the kids had been sired by a different father, which was a heavy burden for their mother who was extremely pious and raised in the old traditions of complete chastity and fidelity.

People here in Europe have been mixing for thousands or even ten-thousands of years,and while certain stereotypes may apply still, Europe is mostly just one great big melting pot of racial attributes. Unfortunately, all being related to one another hasn’t stopped them from developing intense feelings of national identity leading to some of the bitterest wars in history, which if you think about it, were all fought between close genetic relatives…