Can you drink wine that has turned to vinegar? 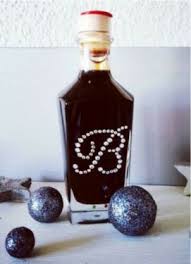 I really love Quora because sometimes answering the questions people ask there means you have to dig down deep to fill out the information already stored in your head. This happened to me again when someone asked if it’s okay to drink wine that has turned to vinegar.

I have tasted drinking vingear numerous times, and a few years ago there was a real craze going on, with gourmet restaurants offering patrons separate „vinegar cards“ with dozens of different crus.

Of course, vinegar has been a popular aperitif and digestif for centuries, and not simply for reasons of taste, but because of its proven beneficial properties. It is known to stimulate the metabolism and support protein digestion. The famous medieval mystic Hildegard von Bingen (1098-1179) was all for it, and Hippocrates recommends vinegar as a cure for respiratory diseases and digestive disorders. Roman legionaries carried canteens filled with a mixture of vinegar and water, called „Posca“, which was probably a good idea given the quality of the water in ancient times.

In countries like Germany, so-called „drinking vinegar“ is defined by law and is required to contain between 5 and 6 percent fruit or tartaric acid, depending on whether it is made from fruit or wine. It is usually made from very sweet fruit juice or wine to achieve a pleasant sweet-and-sour taste, and it is generally produced by adding special strains of bacteria called Acetobacter which turn the alcohol into acetic acid. The result is often stored, often for many years, in oak casks which gives it an amber or dark red color.

Probably the best-known of these gourmet vinegars is ‚Aceto Balsamico Tradizionale di Modena‘ from Italy, which is a protected geographical indication and is made from thickened wine stored for at least 12 years; if it is stored for at least 25 years it may carry the designation „extra vecchio“.

In recent years, many winegrowers have started to produce vintage drinking vinegars made from certain varieties of white, red, and rosé grapes, some of which will set you back a pretty penny when you buy them. A tiny bottle (100 ml) of Traditionale was sold at an auction in Modena for €1,800. Leonardi, a famous acetaia near Modena, sells what he calls a „Aceto Balamoro“ (a wordplay on „Balsamico“ and „oro“, or old) in a 250 ml bottle studded with Swarovski crystals for €900. Compared with that, the 100 year-old Reserve Villa San Donnino by Bernardo Tesori for €499 per 100 ml is almost a steal!