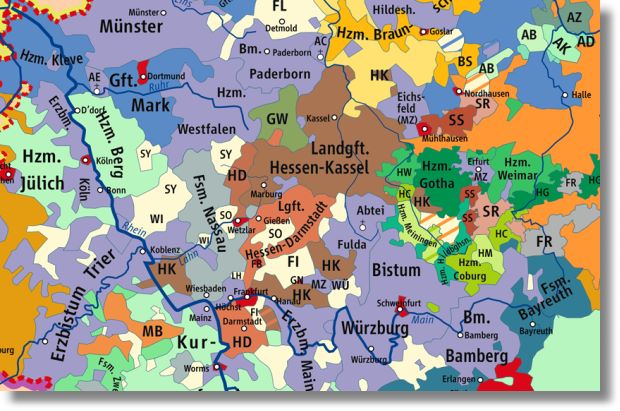 Openness and transparency seem to be the natural enemies of politicians around the world. In Germany, following the revelations by Edward Snowdon that the NSA had been tapping the phone of chancellor Angela Merkel, her interior minister Hans-Peter Friedrichs told a reporter for the state-owned television network ARD that “such things should be discussed behind closed doors”; where else?

Dictators and autocrats never tire in their efforts to stem the tide of openness in the countries under their thumbs. The best example is, of course, Communist China, ably assisted by their capitalist cronies at companies like Cisco, who supplied the technology behind the “Great Chinese Firewall“. This is a gigantic system of online surveillance and censorship technologies that make it exceedingly difficult (but not impossible) for Chinese citizens to surf the Web and exchange thoughts and ideas freely through Social Media. If any of these thoughts and ideas sound treasonous to the invisible censors, the thinker will probably land in jail.

But you don’t have to travel afar in order to find examples of discombobulated politicians fumbling to come to grips with ditigalization and networking. The European Data Protection Directive is a perfect example, stating as it does in article 25 that physically moving the personal data of European citizens outside the borders of the European Union is a criminal offense, especially if the “third country” the data is being transferred to does not abide by the same strict data protection standards practice in Europe. The most prominent such third country is, of course, the United States, where concepts of privacy and informational self-determination are either enitrely different, unknown or winked at officially.

As a result, anyone who sends the names and addresses of customers, clients or employees overseas for processing, especially to the USA, could go to jail. If the world were fair, the same should apply to the heads of European spy agencies like the British GCHQ or the German MAD, who regularly swap data with their American counterparts at the NSA, as Snowdon proved.  So far,  no one seems to care.

That may well change quite soon. The reason lies in the rapid spread of “Cloud Computing”, a principle of decentralized computing which allows corporations and government organizations to store all their information on servers located in data centers run by private companies , most of them based in the U.S. or increasingly in low-cost countries like India. Since bandwidth is no longer a problem, data can be moved around the globe with lighting speed, so that it virtually impossible for the service provider who handles them to even tell where they are at any given moment.

Besides, the nature of packet switching, on which the Internet is built, means that individual bits and pieces of data are able to find their own route to their destinations, avoiding areas of congestion or system malfunction by simply slipping around the data jam. If necessary, an e-mail from London to Paris will pass through servers in New York or Bangalore without producing any ascertainable slowdown in delivery time. And since packet switching is essentially automatic, it is extremely hard to ensure that data will not take a quick detour to another continent altogether – thus putting managers at risk of breaking national law.

Thankfully, law enforcement agencies and regulatory bodies in Europe seem to be equally clueless, so nobody gets prosecuted, at least up to now.

Large providers of cloud computing have started taking protective measures anyway. After all, who knows when the authorities will wake up? By employing technological wizardry such as “regional IP addresses” they are apparently able to guarantee their clients conformity to EU law by stopping their data from leaving the confines of the EU. This may seem to contradict the principle of packet switching and autonomous transfer protocols, but who cares? As long as my provider is willing to give it to me in writing that my data are kept safe, I as a company manager can at least rest certain that it won’t be me who the police take away if something goes wrong.

In fact, the recent revelations about secret deals between the NSA and various large U.S. technology companies has proven a boon for their smaller European competitors who were slower to get off the mark in the cloud computing market. European provider such as Deutsche Telekom have started to actively market their products as clouds „made in Europe”, suggesting to potential clients that they, unlike the American providers, conform to strict European data protection policies. In fact, though European spy agencies have proven just as adept as their U.S. counterparts in hacking into data networks in Europe and sharing the information gleaned that way with the authorities in the United States.

In any case, the efforts by the European Union to shut their networks off from the rest of the world bear a big potential risk creating a kind of westernized version of China’s Great Firewall, not to mention repressive and intrusive systems operated by autocratic regimes in places like Russia or Saudi Arabia. After all, even so-called liberal democracies like the United States have for years been doing the same thing to root out things they disapprove of online such as child pornography or gambling, albeit with less effect than the Chinese. U.S. Internet providers are required by the authorities to block access to online casinos operating in the Caribbean, forcing these operators to move their servers around from island to island in an elaborate online shell game.

If we fail to stop governments for interfering arbitrarily with the inner workings in the Net, the result could very well be a return to something akin to the particularism that once plagued countries in central Europe like Germany and Italy which used to look like patchwork quilts made up of dozens or hundreds of independent principalities and “free cities”, each one with its own laws and customs borders which stifled growth and allowed more free and unified countries like Britain or France to rise to predominance during the late Middle Ages and on into the Industrial Revolution.

We, ourselves, would hate to be forced to live in such as world where every country runs its own separate Internet, cutting off access to other cultures and shutting out people who don’t follow their laws and believe in the same values they do. The term “World Wide Web” implies a network that brings all the peoples of the world together, regardless of color or creed, political or sexual orientation, taste or tradition. If that is destroyed, we would rather shut the whole show down.