This post is also available as an audio podcast I recorded earlier. 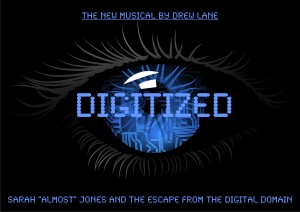 Digitalization is surely the single biggest “megatrend” of the past decades. Everything that can be digitized will be digitized, as we will explain later. The reason is simple: digitalization means sinking costs. This in turn means that digitalization is rapidly becoming a huge market factor; one that directly impacts both our economies and our lives.

This can be seen by comparing pre-digital products with their digital successors as well as the development of prices for digital wares. A couple of decades ago a vinyl long-playing record cost about $20. Two decades later, a “semi-digital” CD still costs a pretty packet, possible $15. But anyone still willing to buy digital music can download it from the Web and pay only a few cents.

Digital products are cheaper because the variable costs of distribution are potentially zero. This affects not only packaging and logistics, but warehousing and salesrooms as well, just to name a few important economic factors. That’s why Amazon can challenge classical “stationary” retailers today not just with digital products, but with analog ones, too. After all, their entire business model is based on digitalization.

This price decay leads inevitably to harsher competition. The only way vendors (including online shops, but manufacturers as well) can hope to cope is by establishing more and more direct contact with their customers, cutting out the middlemen through the increasing use of network technology.

Digitalization doesn’t just mean price degradation for digital products: it also brings about breathtaking acceleration of technology, including the media. From Gutenberg’s “invention” of the printing press (actually, the Chinese were using movable type a thousand years ago) till the rise of mass-circulation newspapers in the early 19th century it took at least 350 years. Tim Berners-Lee’s idea of a”World Wide Web” needed only five years from its inception at the CERN laboratory in Geneva to become a revolutionizing force.

The concept developed by “TBL” (as Internet aficionados call him) was originally meant to connect scientists at CERN and the results of their research with their peers around the world, and it was based on long-established technologies such as the “Hypercard” software that enabled computers to create digital versions of simple, everyday filing cards that could be connected to each other by “links”. The stroke of genius here is that on the Web, cards stored on different computers in different parts of the world can be linked together. In fact, the computers at CERN were already connected through the so-called TCP/IP protocol. All TBL had to do was write a new software “stack” to stick on top of the existing protocols. Thus, “HTML” was born: the Hypertext Markup Language which is still spoken by every Internet device today. And this only took him a couple of days.

The dramatic change brought about by the development of the Web and other, similar software projects was based on the principle of open and easily accessible standards. This strategy of open standard development not only sped up software development but also the developer a big boost in efficiency. By contrast, traditional media are closed and restricted both in quantative (the speed in which they can be developed and deployed) and qualitative terms (the strategy’s “openness”, e.g. its ability to rapidly integrate new technologies and applications).

This is exactly the strategy Tim Berners-Lee chose when he combined the open standards and protocols developed for the Internet with his own unique contributions. His idea of using HTTP (“Hyper Text Transfer Protocol”) to allow every single user to query a (web) server which in turn would send back an “answer” in the form of digital data using the same protocol was nothing but ingenious.

To display these data packets on the client’s computer he used standards called “markup languages” which he developed further into HTML. Thus he was able to present a document or image as a digital “page” — a metaphor borrowed from an earlier age when books and magazines had paper pages.

This allowed Berners-Lee to develop all the important elements of his system for transmitting and displaying digital information through the Web in record time. And because it was based on open standards, other scientists and software programmers could improve and expand the system in any direction.

Today, of course, we send and receive not only documents and images, but voice and video files, and we do it in “real time”. Developers can design new ways of displaying data, technicians and programmers can dream up new functions to make Web content more useful or more fun for the user. The Web has proven to be endlessly adaptable and flexible — and thus superior to any other mass medium.

The acceleration caused by digitalization and the worldwide network have produced (or at least fostered) so-called “disruptive” developments in technology; ones that are literally able to throw entire industries and giant corporations as well as their business models off kilter.

Take the manufacturers of navigation devices, for example. A few years ago these companies enjoyed a cozy niche in which they produced relatively simple gadgets, stuffed them with sophisticated software and sold them at fantastic prices in a market that seemed to be growing steadily. Along came Google with its own maps and software for smartphones and tablets using their proprietary “Android” operating system, and almost overnight the flourishing navigation device business was almost wiped out, leading Google’s CEO Eric Schmidt to famously describe navigation aids as a “zero-billion dollar business”.

The second gigantic trend today is directly connected to digitalization. Networking on a global scale is changing the world around us. And it turns out that change is inevitable in a networked world. It not only affects the systems that are being connected, but also the business processes that are run through them and even the people who use them to work or communicate. Everything has to follow the rules of Digital Transformation, much more about which later.

Just as digitalization leads to acceleration, networking leads to change. It is simply part of its nature. A good example for this was provided to the authors of this book by Vinton Cerf, the legendary “father of the Internet” and inventor of the TCP/IP protocol used universally on the Internet today. Vinton was our guest in a TV talk show we hosted on the German cnn affiliate, n-tv. What would happen, Vinton asked the live audience, if you were to connect an Internet icebox with a pair of Internet-enabled bathroom scales? We don’t really know, he said — except that something will change. Maybe we will come home and find our refrigerator full of diet food, or maybe we won’t be able to open the icebox door. Or maybe something completely different will happen, but we can be pretty sure something will.

Networking is changing the way companies do business. Only it isn’t always immediately apparent where this change is going on, what the result will be and how it affects the bottom line. The greatest challenge managers face in a digitalized and networked business world is determining exactly how these trends are impacting their enterprise and its business environment, and then reacting quickly and intelligently. Those who are best at adapting to Digital Transformation will be the winners and the race is to the swift.

Digitalization and networking thus prove to be two sides of the same coin; complementary forces that operate at Internet speed. Not only the development of technology is touched by this, but our entire way of life along with our businesses and our personal wellbeing. Welcome to the ad hoc society!