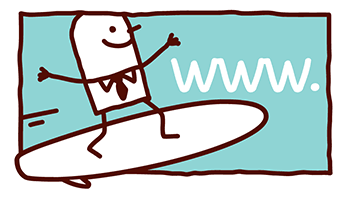 There seems to be a correlation between the willingness of an individual to deal with things digital and one’s age (or better: one’s stage of development). An annual study commissioned by the two German public broadcasters, ARD and ZDF, showed that in 2014 eight out of ten Germans were more or less regular users of online media such as Internet or Web TV. In 2000, incidentally, this number stood at 26.6 percent. Men are more prone to surf the Web (83.7 percent) than women (74.6 percent). But these figures don’t say much about the relative online presence of old and young. Taking a closer look, however, reveals that among the age group 14 to 19, there is virtually no one who is still offline; at least statistically 100 percent of all kids have been online users since 2010. Among those aged 20 to 29, the percentage is 99.4, among 30 to 39 year-olds it is 97.4 percent. The number falls slightly to 93.9 percent for those between 40 and 49 and more steeply, namely to 82.1, among the 50 to 50 age bracket. What really pulls the statistic down is final age group who are over 60, where only a dismal 45 percent admit that digital media and the Internet are important for their lives.

Of course, we grey panthers don’t have long to live, and that will set the statistics right. Those of us born after, say, 1955 will all get to see a world in which virtually everybody goes online as a matter of course. Give it ten more years or so. By then, use of digital media will be as commonplace as using the telephone, and probably much more widespread than watching TV. In most developed countries television consumption among young people is on the decline. Yes, they still spend lots of time in front of the screen, only it’s a different screen: a computer monitor, namely. Recent studies reveal that in the United States, about five percent of all households no longer possess a TV set; not because they can’t afford one, but because they don’t need one.

And why should a sophisticated and autonomous youngster waste time watching prefabricated, commerce-driven and, let’s be honest, for the most part deadly boring TV trash when behind the nearest computer screen a teeming, fascinating world awaits that has the added advantage of being completely tailored to my own tastes and preferences?

Throughout history the focus at every innovative step has been on the technology, so why should that be different with digital media? However, this time around the necessary amount of technical competency required to make best use of the latest innovation has been negligible from the very beginning. Time was when someone buying a car needed a crash course in auto mechanics to get by. Today nobody tinkers around under the hood unless he is a true car buff; the rest of us just want to turn on the ignition and drive away. And if for some reason the stupid car won’t start, we grab the telephone, not a monkey wrench, and call up the nearest garage.

The authors of this book came of age to the Internet back when you had to know what a “TCP/IP stack was. We both were very early users of CompuServe, a pioneering online service back in the 80ies and early 90ies, and we were sinfully proud of our five-digit ID numbers which marked us out as old hands. By the middle of the last decade, CompuServe was history and no one could remember how it was when you had to hook up a 56 Kbit modem, much less use an “acoustic coupler” which worked like a fax and sent bleeps and squeaks through a telephone line to be converted back into digital signals by the machine on the other end.

And all of this took less than 20 years! Today, online technology has faded into the background, and kids can connect wirelessly almost everywhere they go. The “unbiquitous Internet” we early users once dreamt about may not be fully here quite yet, but it’s only a step away. And we are moving on already: In 10 years nobody will even say “I think I’ll go online” – they’ll always be online! They will carry around gadgets that may or may not resemble the smartphone of today; in fact they will probably look completely different, maybe like Google’s Glass, maybe some kind of wearable “heads-up” display that follows us around and keeps shoving tiny snippets of digital information before our eyes, giving us an added digital dimension to reality. Who knows – and who cares?

As we become more and more comfortable in our digital surroundings and more adeps at dealing with the effects of digital acceleration, we ourselves will change. In fact, many of us already suffer from a new kind of restlessness. As Digital Natives, or at least Digital Immigrants, we are growing increasingly impatient since we have grown to expect more or less instant service on the Internet: Just press the button on your computer mouse and, voilá!, the results start streaming it.

Why stand in line for a movie ticket if you can buy it online? Why drive downtown to go to a book story when Amazon is just a click away? Especially since Amazon is investing heavily in “same day delivery”, so the book I bought should be here in an hour or two. In 2012 alone, Amazon spent more than $550 million building 40 new distribution centers in North America alone. And it’s not just books: Amazon will get a garden bench or an new mountain bike to you just as fast. Jeff Bezos, the founder of Amazon, after all never made a secret of the fact that he doesn’t just want to be the biggest bookseller on the planet: he wants Amazon to be the biggest store in the world – period!

“Same-day delivery, far from being an exception, will be the new normal in a few years”, readers of Slate, an online news magazine were recently informed.

The senior netizens among us can still remember the days when “WWW” meant “World Wide Wait”, but those days are gone forever. Today, due to virtually limitless bandwidth, DSL and 3G connections (or even 4G; can 5G be far behind?), we enjoy truly instantaneous fulfillment of our every online wish. But while we may savor this as the culmination of our dreams, our kids think it’s just normal – and even not fast enough. For them, Digital Acceleration is a fact of life.