Getting there with HP – or not

One of the perks of being a technology journalist, moderator, book author and public speaker, if you live long enough, is that you get to know lots interesting people. You can watch tiny startups grow to become giants in their industries and you can follow the twisting courses – and the occasional crashes – of companies whose names are household words. 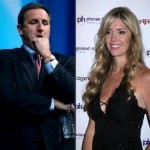 HP comes to mind. No, I didn’t actually get to visit Bill Hewlett and Dave Packard in their legendary garage. But I, like many others, watched with disbelief and fascination as this once mighty pioneer of the Digital Ageseemed to self-destruct in mid-flight, with a succession of apparently hapless CEOs like Mark Hurdgetting caught literally with his pants down or, like Patty Dunn spying on journalists and then lying about it.

What a bunch of hapless stooges! Not to mention a string of idiotic business decisions like squandering a fortune on Compaq and then deciding a few years later to leave the PC industry for good (quickly changing their minds again just in time). Just remember Autonomy, a case of incompetence which cost the company a cool $9 billion and isn’t completely over yet! 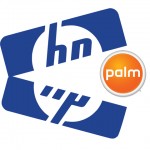 Sometimes your past comes back to bite you

Sometimes my head would swirl from looking at the sudden changes of direction, the twists and turns, first trying to out-IBM IBM and then buying Palm just when the bottom fell out of the PDA market, as every halfwit in the industry at that time could have told them.

Add to that the very public humiliation of being booted out of the Dow Jones Index after being forced to shed 50,000 employees; I’m pretty sure Bill and Dave are spinning dizzily in their graves watching as exploding balloons like Carly Fiorina or Léo Apotheker brought their once proud company to the brink, only to go up in the smoke of their own bloated egos or their obvious strategic shortsightedness.

What a sad and sorry sight. I have always had a soft spot in my heart for HP, and it was almost broken by having to be a spectator to this slow-motion act of corporate self-immolation.

From a leader, HP has turned into an insider joke. Who would even think of mentioning HP today in the same breath as such exciting innovators as Google, Facebook or Apple? In fact, the name HP has sort of disappeared from public view, or at least from mine. I actually thought this might be a good thing, a clever disappearing performance that would take HP out of the glaring limelight for a while and allow them time for reflection, refocusing and getting ready to come out fighting.

And that’s why I was really pleased to get an invitation to attend a high-level briefing with HP brass in Geneva. I looked forward very much to getting close to the real decision makers and rattling their cage with a few of those nasty questions I love to ask and that CEOs hate to answer. But, hey, in the immortal words of Godfather Marlon Brando, it’s not personal, it’s business.

But this morning, I got a call from the PR agency in charge of organizing the Geneva binge Sorry, they said, but HP can’t get you to Geneva.

Full disclosure: I choose to live in a remote valley of the Austrian Alps, but it ain’t the Gobi desert, either. In fact, I make my living travelling all over Europe to give speeches at corporate events, conferences and trade shows, and I’ve always been on time. Okay, there have been some close calls, like the time I had to get from Marienberg in Switzerland to Leipzig and no way I could manage by conventional means, so the organizers chartered a helicopter to get me to Zurich airport in time. Or the time I had to grab an overnight train from Berlin to Konstanz so I could be on stage at 9 in the morning. Life as a journalist and a public speaker is full of logistical nightmares, but I’ve always managed to get there somehow.

Unfortunately, HP can’t. And so I get to play golf with my wife instead of giving HP a chance to correct some of my possible misconceptions and convince me that HP is, in fact, back in the ring.

Instead, I am now left with the impression that HP is a company that can’t get a guy from Salzburg to Geneva. And they expect me to believe they know how to guide a company out of the shallows? Hardly.

Talk about shooting yourself in the foot: I wouldn’t trust them to get me across the street in heavy traffic. I really wonder what Bill and Dave would say…