Self-driving cars: Getting There 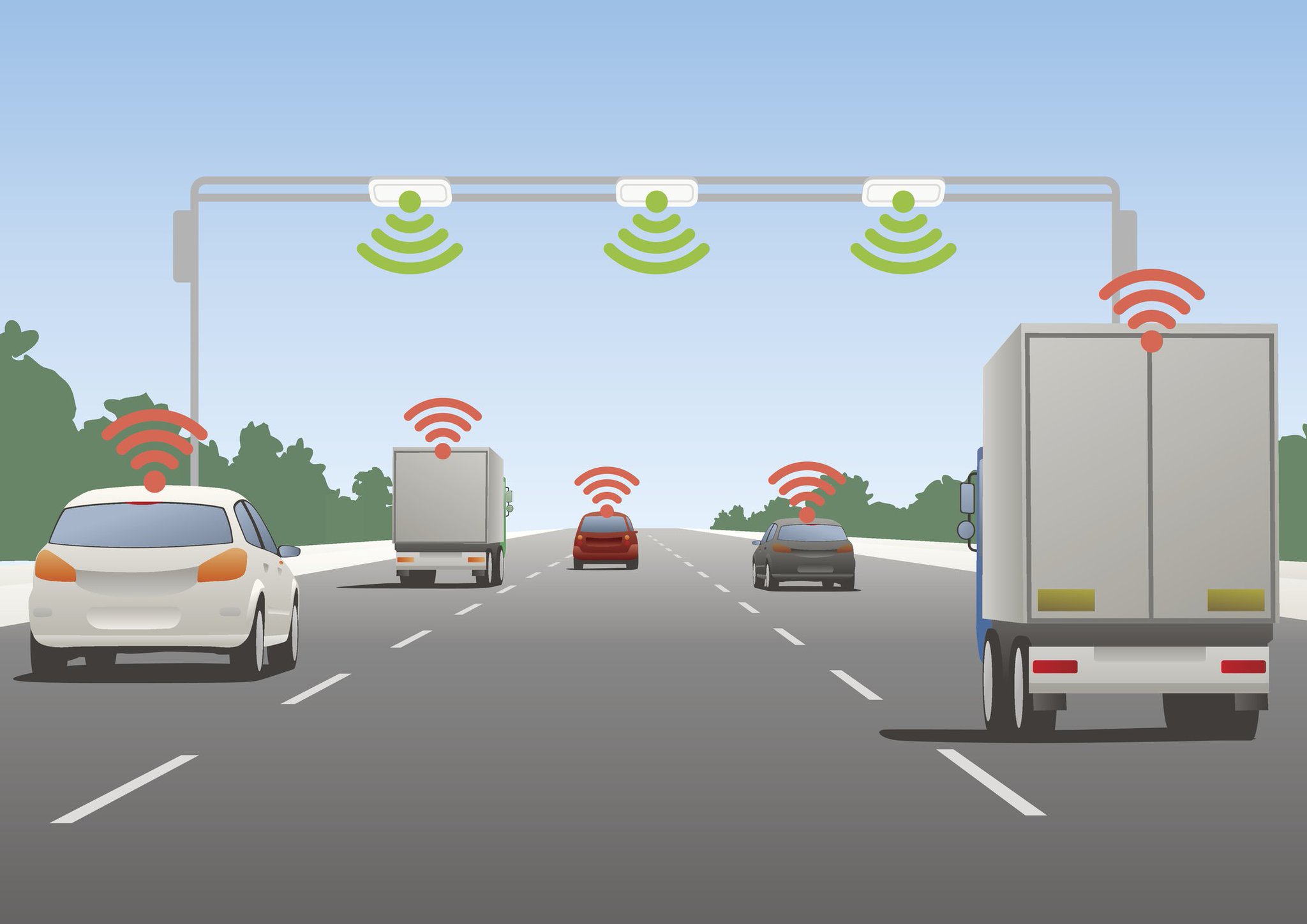 Autonomous vehicles are disrupting traditional business models within one of the world’s largest industries and it’s happening much sooner than anyone expected. What are the forces behind the push for self-driving cars? Is the necessary road infrastructure in place, or do we still need to build it? What happens, if an autonomous vehicle needs to make life-or-death decisions? What, in effect, are the possibilities – and the risks – involved when humans hand over control to robo-chauffeurs?

“Four years“. That was the answer given by Jensen Huang, CEO of Nvidia early last year when he was asked how long it would take for artificial intelligence to enable fully automated cars. And then a funny thing happened. Suddenly, self-driving vehicles began to crop up on public roads all over the place.

At the Barcelona Motor Show in May, Audi unveiled the 2018 Audi A8, which it claimed as the world’s first production car to offer Level 3 autonomy. Level 3 means the driver doesn’t need to supervise things at all, so long as the car stays within certain guidelines. In Audi’s case that means never driving faster than 60kmph (37 mph). Audi has billed this feature as the AI Traffic Jam Pilot.

In the US, Las Vegas became the first city in America to have a self-driving shuttle operating in real-time traffic. However, on its first day of service in downtown Las Vegas, the shuttle collided with a truck. The driverless bus was not able to back off when the truck was backing into the alley so, technically at least, the human driver caused the crash, not the shuttle.

In September, General Motors showcased the third generation of its autonomous Chevrolet Bolt, which they developed jointly with recently-acquired Cruise Automation, headquartered in San Francisco. Kyle Vogt, the CEO of Cruise Automation, called it the “first production model self-driving car in the world”.

The self-driving vehicle is something that’s time has come much faster than anyone expected. For Jensen Huang and Nvidia it means big bets are paying out even sooner than they’d hoped. The company has invested heavily in research involving machine learning, which Huang says is the “bottom-up approach to artificial intelligence” – and probably the most promising technology today. Machine learning requires the processing of huge amounts of data, and as it turns out, the company’s computational graphics processing units (GPUs) can do the job both faster and using less energy than traditional central processing units (CPUs) that power most desktops, laptops and mainframe computers today.

The power of GPUs has increased as computer images have become more complex and, in 2007, Nvidia pioneered the new generation of chips that now power energy-efficient data centers in government labs, universities and enterprises. It was almost by accident that the company became a big player in the nascent autonomous car sector, but it now plans to release the Nvidia Drive PX2 platform next year, describing it as the first „AI brain“ and capable of full autonomy.

Nvidia’s approach is so revolutionary that other chipmakers are scrambling to catch up. Intel and AMD, two of the largest manufacturers of computer chips, have teamed up to pool their resources in order to head off Nvidia by developing a GPU/CPU combo of their own. In addition, Intel made the biggest acquisition of its lifetime earlier in 2017 when it paid $15.3bn for Mobileye, an Israeli-based specialist in sensors, mapping technology and camera tech for advanced driver-assistance systems (ADAS). This is just one example of many hinting at the coming turmoil that autonomous cars will bring to the automotive and related industries.

As for when self-driving cars will hit the mainstream, opinions still vary. But Tesla, Ford, Audi, General Motors and Nissan are among those believing cars operating without humans will be on the road within the next five years.

This visionary or doom-laden scenario, depending on your view, is driving the whole supply chain to figure out frantically where to position themselves. The UK supplier of proprietary automobile components, integrated systems and modules Delphi acquired NuTonomy, a developer of autonomous driving (AD) software solutions for $450m in November 2017. Delphi, which will soon change its name to Aptiv, has announced it intends to build a self-driving system that it can sell to all the big automakers.

Advanced driver assistance systems (ADAS) requiring immense computing resources are supporting higher levels of predictability and autonomy. Typical components are: radar, lidar (similar to radar but using laser light), camera, ultrasonic, V2X wireless sensor (allowing see-through and 360° non-line of sight sensing), 3D HD maps and precise positioning by GNSS. Vehicle-to-everything communications or V2X, will improve driving comfort and has the potential to save lives by preventing many traffic accidents. Automated driving supported by safe and dynamic driving towards Vision Zero means: Zero accidents, zero injuries, and zero fatalities. Vision Zero is an EU project and has the target of reducing the number of traffic fatalities to zero. More than 1.3 million people die on the roads every year.

Automated driving calls for extremely complex systems. A service oriented vehicle end-to-end architecture requires an holistic approach including cloud services and software updates over the air. Safety and system architectures need to be developed in tandem if they are to rely on one another. Safety, reliability, and availability in particular depend on the real-time analysis of the traffic situation, road conditions, weather and many other variables. Increasingly, automakers worry about ‘carjacking’, hackers gaining control of the vehicle via wireless transmission and causing all kinds of problems, from vandalism by intentionally crashing the vehicle, to holding passengers for ransom. A team of researchers from the University of Washington demonstrated in 2016 how anyone could print stickers at home and put them on a few road signs to trick most autonomous cars into misidentifying road signs, thus potentially causing serious accidents.

Car hacking is a hot topic. It’s not new for researchers to hack cars and previously they have demonstrated how to hijack a car remotely, how to disable a car’s crucial functions such as airbags, and even how to steal cars. The latest car hacking trick doesn’t require any extra ordinary skills to accomplish. The European Union Agency for Network and Information Security (Enisa) published a guide in December 2016 called Cyber Security and Resilience of smart cars which contains good practices and recommendations for all players:

Another challenge relates to vehicle-to-vehicle (V2V) communication for which a dedicated short-range communications (DSRC) is proposed, based on the IEEE 802.11p standard working in the 5.9 GHz ITS spectrum. In addition, communication with networks and pedestrians will also be needed for everything to function seamlessly; something that is hardly guaranteed given today’s patchy GSM and LTE coverage. For this reason, many observers think that acceptance of autonomous vehicles will depend on the rollout of 5G networks which is not expected before 2020 at the earliest.

Regulation for legal aspects is needed, preferably sooner rather than later. Who is liable in the case where technology fails? Germany was the first country to add relevant paragraphs to its traffic laws in early 2017. In most other countries regulators still need to come to grips with the new situation.

Meanwhile, the auto industry is stepping on the gas. In Germany, Audi, BMW, Daimler, Ericsson, Huawei, Intel, Nokia and Qualcomm formed the 5G Automotive Association (5GAA) in September 2016. In March 2017, 5GAA announced it had signed a memorandum of understanding with the European Automotive Telecom Alliance (Eata). The stated aim of this partnership is to “foster co-operation in the field of connected and autonomous driving solutions as well as standardization, spectrum and related use cases”.

The first German public test field was inaugurated in November 2015 on the A9 highway between Munich and Nuremberg with a total length of 160km. In February 2017 the first cross-border test field was set up between the towns of Merzig in Germany with Metz in France and has recently been extended to Luxemburg. In March 2017, 29 European countries signed a Letter of Intent to intensify co-operation on testing of automated road transport in cross-border test sites. In September 2017 an additional test field was added connecting Rotterdam and Eindhoven in the Netherlands, Antwerp in Belgium, Porto and Evora in Portugal, Vigo and Merida in Spain, Tromsø in Norway, and Oulu in Finland. Another initiative is called the Nordic Way and is a pilot project that seeks to enable vehicles to share safety hazard information through cellular networks on a road corridor through Finland, Norway, Sweden and Denmark.

Agriculture is another hot candidate for self-driving vehicles. It is expected that a fully automatic tractor will be available in 2018. Austrian vendor Lindner demonstrated the necessary technology during Agritechnica in Hannover in November 2017.

According to the McKinsey report Smart Moves Required –The Road Towards Artificial Intelligence in Mobility robo-taxis could represent the future. These self-driving taxis could disrupt the auto industry but it doesn’t end there. A fully auto-piloted air-taxi service based on Chinese-made E-Hang 184 aircraft has been flying passengers in Dubai on selected routes since October 2017.

California has licensed 27 companies such as Lyft, Tesla, Uber and Waymo to test driverless vehicles on public roads. San Diego will be the site of a first of its kind field trial of cellular-connected car technology for autonomous vehicles to be conducted by Smart Cities Council global lead partners Qualcomm and AT&T plus associate partner Ford.

General Motors has become the first carmaker to make vehicle-to-vehicle (V2V) communications standard in a consumer car. The 2017 Cadillac CTS and now comes with dedicated short-range communications that allow it to talk to sibling Cadillac CTS cars.

AT&T, Ford, Nokia, and Qualcomm are pooling their resources in order to accelerate the development of connected cars. Trials of their Cellular-V2X (C-V2X) technology began in October 2017 at the San Diego Regional Proving Ground with the support of the San Diego Association of Governments (Sandag), Caltrans, the City of Chula Vista, and intelligent transportation solutions provider McCain.

Two of China’s biggest household brands have teamed up to create what they call „the world’s first mass-produced car on the internet“, which sells for a list price of 148,800 yuan ($22,300). Alibaba threw its hat into the automobile ring by unveiling its first internet car, in collaboration with Saic, one of China’s big four state-owned automakers. Alibaba is actively promoting new types of vehicles, and says that connectivity, electric power and autonomous driving will be the three principal themes for the auto market in coming years.