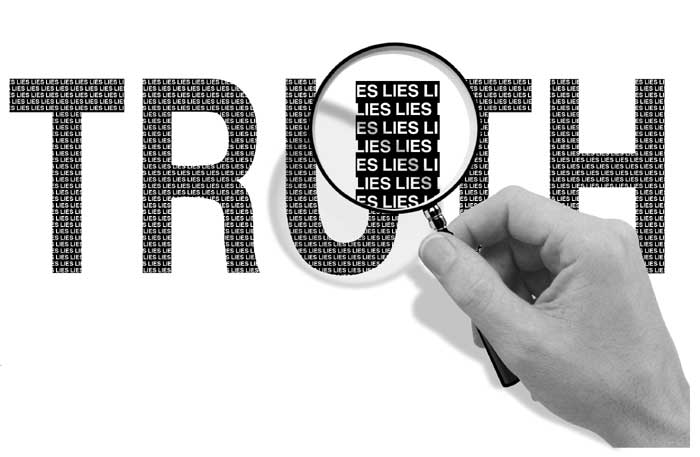 There is no doubt that false information and fake news sites on the Internet hugely influenced the outcome of the U.S. presidential election. There is no more appropriate figurehead for what the Economist in a recent title story called the “post-truth world” than Donald Trump. And although the authors identify massive evidence of post-truth politics in places like Britain, Australia and France, the 2016 campaign in America has demonstrated most clearly just how powerful appeals to emotion versus truth have become in today’s political arenas.

Google and Facebook, the New York Times reports, now intend to clean up their acts by pushing back on purveyors of fake facts. On Monday, Google said it would ban websites that peddle false news from using its online advertising service, AdSense, a major source of revenue for the fake facts trade. Hours later, Facebook, the social network, updated the language in its ad policy, which already says it will not display ads in sites that show misleading or illegal content, to include fake news sites.

Google’s move does not address the issue of fake news or hoaxes appearing in Google search results, such as the fake news story that said Trump won the popular vote and which popped up while votes were still being counted, with Democratic candidate Hillary Clinton showing a slight lead and that may have swayed late voters to switch their preference at the last minute. And Google does not plan to rate the accuracy of particular articles. Instead, Google wants to dry up sources of financial revenue by eliminating the financial incentives that appear to have driven the production of such fake news.

“We will restrict ad serving on pages that misrepresent, misstate, or conceal information about the publisher, the publisher’s content, or the primary purpose of the web property”, Google said.

One typical example reported by BuzzFeed News described how a small publisher in Macedonia created fake news reports attacking Hillary Clinton on their website which were then widely shared on Facebook. By clicking on the link users were transferred to the Macedonian website, which made money through the AdSense traffic thus generated.

Of course, mendacity has always been a fact (sic!) of political life, but post-factual politics is something else again. If it becomes the aim of politicians to rate themselves on their ability to make people believe whatever they want them to with complete disregard für veracity, trust in the system will eventually collapse. That, of course, is exactly what certain populists want; witness Brexit, where Vote Leave made repeated use of the claim that EU membership cost £350 million a week, something the UK Statistics Authority described as „potentially misleading“. Or think of Vladimir Putin’s refusal to acknowledge Russia’s role in the downing of  Flight MH17.

Propaganda, which the OED defines as „information, especially of a biased or misleading nature, used to promote a political cause or point of view“, has always been a staple for strongmen and dictators from Julius Ceasar to Adolf Hitler. But the really worrying thing is that the Internet, which most of us greeted as a way to bring truth to the masses, is in fact turning into a terribly efficient way of delivering carefully crafted lies to the most vulnerable members of society, namely the gullible or poorly educated (often the same people).

“Truth, like knowledge“, Paul Pardi writes on philosophynews.com, “is surprisingly difficult to define.” He tries to nail it down as “a statement about the way the world actually is”, but admits that this is merely a “rough-and-ready definition to get us started”.

Postmodernists tend to view truth in terms of individual perspectives and community agreement. By that definition, if roughly half of Americans believe what Trump is saying, it automatically becomes true, or at least „truthy“, as Stephen Colbert would say.

Think this through. In the end you wind up with a kind of reciprocal theory of truth: “I’ll believe in your truth if you’ll believe in mine:”

That’s not the way truth is supposed to work! According to the “Correspondence Theory” of truth as espoused by Immanuel Kant and others, truth is “the agreement of [a cognition] with its object”. Or in the words of the OED, truth is either “conformity with fact“ or at least in „agreement with reality.”

The decisions by both Google and Facebook seem to indicate that the tech behemoths are starting to face up to the fact that they are not just conduits of information, but responsible for their acts. As such, they are a part of modern mass media and should be held to the same standards, both legally and ethically, as broadcasters and newspapers. Witness the growing outcry over their power in distributing information to the American electorate.

So bashing them for the rise of the post-truth world is not a case of shooting the messenger. Google and Facebook really are part of the problem, and it’s their job to help fix it.

Decency, like truth, can be the result of cultural habits and beliefs.

If held to the same yardstick, China would be morally justified to impose their version of the truth on their citizens, if not on the rest of the world. Should we perhaps hand the keys to Google over to the Wahhabbists in Saudi Arabia?

Can truth only emerge through competition? Probably. The problem is that the Internet,  instead of providing balanced information from multiple and competing sources as us Internet oldies used to think, in fact makes it easier than ever for people to rely exclusively on sources of information that reinforce their own convictions and narrow-minded biases

Drying up the wells of misinformation on Google and Facebook may in fact simply make users change their search preferences. Theoretically, Google could react by redirecting inquires for “news” items like “Donald Trump President-Elect Was Born In Pakistan!” to a legit news site like the New York Times. Would this eventually wean users from their unconvenient convictions, and would doing so be ethically avowable? Of course not!

We have created a post-truth world. Now I’m afraid we are damned to live in it. And the damage is already done, at least for the next four years. The attempt by Google and Facebook to weed out untruths via AI and algorithms is the digital equivalent of locking the stable door after the horse has bolted.