Great, but not grand 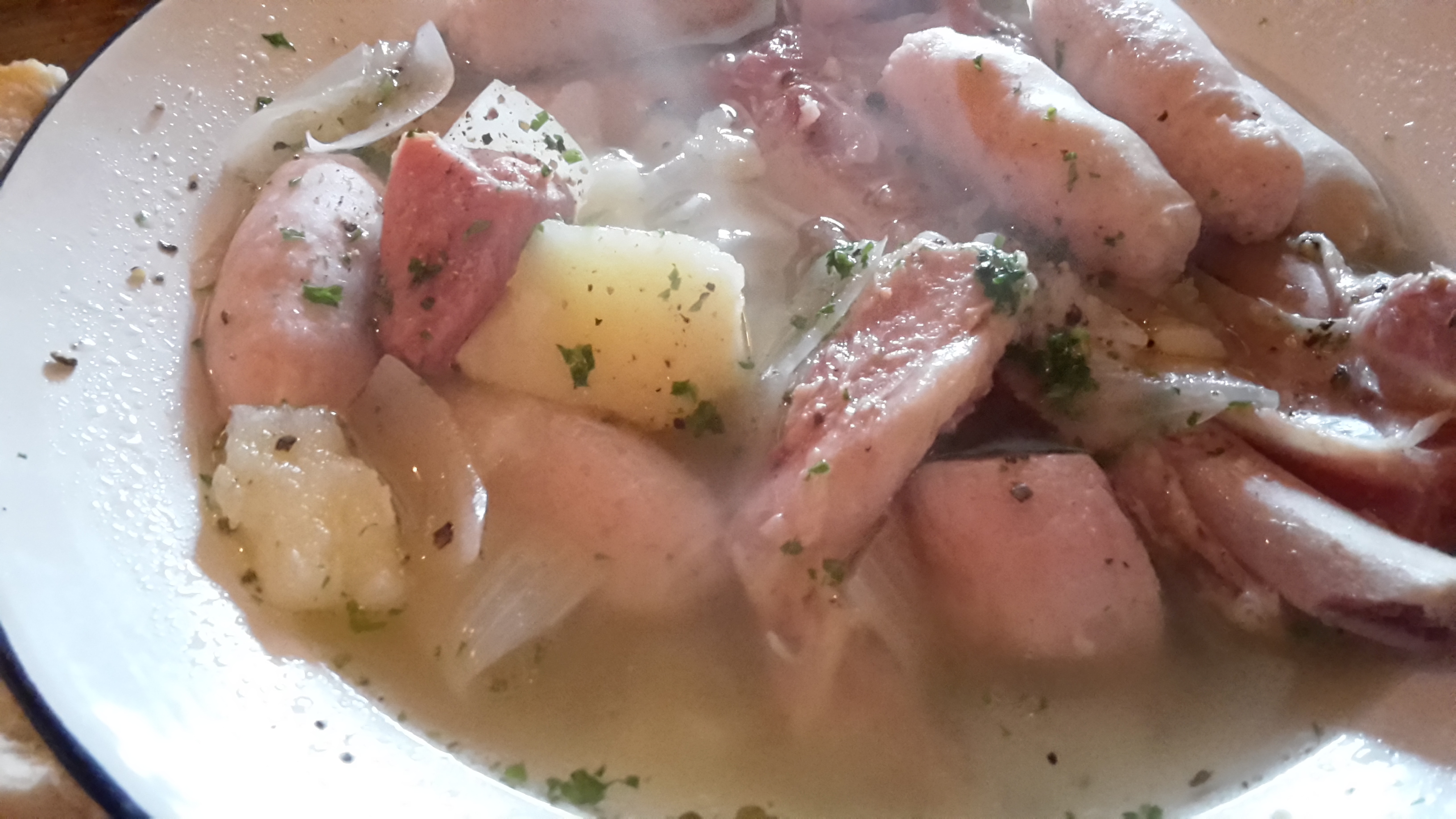 Takes some getting used to

Actually there were three reasons I wanted to visit this typical tiny pub in a remote suburb on the outskirts of Dublin. First is the name, „The Gravediggers“, which locals have tacked on to the place because it is located right next to the entrance to Dublin’s biggest cemetery. Second, it ranked #11 among all the almost 2,000 restaurants and pubs in the Irish capital, which is saying a mouthful since Dublin, at least in recent years, has sprouted a whole crop of good or very good places to eat, and you can find a decent pub on almost every corner. The third was its convenient location on the road from downtown to the airport, and since we had to grab a plane at four we had time to eat and even drink a pint of what is, according to other reviewers on TripAdvisor, the „best Guinness in town“.

Otherwise, the place was a mild disappointment. For one thing, it’s old, having been rebuilt in its present form by the father of the current proprietress; the snug looks like something out of an old black-and-white Dickens film. And instead of the „pub grub“ we were hoping for they serve stuff like wraps, for God’s sake!

What drew me especially was a picture on the website of a steaming plate of Irish Stew. On the day we visited they were serving instead what they claim is another typical Dublin dish, Coddle, which is traditionally made with pork sausages, ham, and potatoes. Unfortunately they substitute something called „cocktail sausages“ which look like overfed maggots and taste literally of nothing.

The only real highlight were the homemade desserts of which Anne Kavanagh, the owner, is justly proud and which left us in a conciliatory mood. But overall I’d say the place is seriously overrated on TripAdvisor: Its good, but not great, and I would definitely not rank it among the Top Ten (or eleven) in all of Dublin.

2 Antworten auf Great, but not grand