How digitalization and networking are changing us

This entry is also available as an audio podcast that I recorded myself. 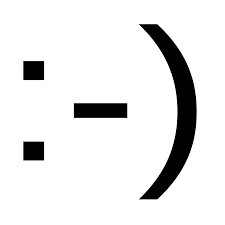 And how are you?

The Internet changes everything, so why not its users, too? This is this aspect of digital acceleration and change that cultural pessimists hate the most. Yet in fact it would be surprising if it were otherwise. All you need to do is look back on the evolutionary history of mankind to see that our ability to adapt to changes in our communications environment is what really makes us human.

The present generation has been born into a medial environment that is already marked by digital acceleration. Processes that once took time now can be performed in an instant. Kids are oblivious to this since they never knew anything else.

If Jaron Lanier, Nick Carr and their ilk were right then young people should be the first victims of “digital dumbing down”, meaning that they should be exhibiting symptoms of linguistic and cultural degeneration. Their language skills should be measurably poorer than elder people’s, their literary abilities inferior to those of their parents and grandparents. True: The mother of German thinker and author Ernst Jünger could recite Goethe’s entire “Faust” by heart, an ability that is rare today. And we are told that audiences in the time of Aischylos and Socrates often could recite entire plays after hearing them only once; such talented individuals were often enslaved and sold as private teachers to Sicily.

But let’s not forget that in the early days of the Internet in the not-so-far-back 70ies and 80ies cultural pessimists, most of them teachers and philologists, warned against the degenerative effects of electronic media such as radio and television. Writing skills among young people would decay, they believed. Radio and especially television, the proverbial “boob tube”, were going to produce a disenfranchised generation (ours!) who would become helpless captives, mindless zombies, capable only of reaching for their remote controls to surf through mind-numbing  soap operas, crude actions film and – this was still very new and hence even more perditious – reality TV shows.

The result, these critics argued, would be a rapid decline in literacy. “Kids no longer write letters”, language instructors would murmur in antediluvian tones.

It is to presumed that these same critics are absolutely delighted to hear that their gloomy predictions have failed. In fact by 2012, according to an estimate by the Radicali Group, more than 145 billion e-mails were being sent every year, which means that, given a world population of some seven-odd billion, every one of us including children and the aged write more than 20 e-mails a year on average. This number is expected to grow to 200 billion by 2016. So much for the end of literacy!

In fact, given that large parts of the world population still lack Internet connections, it seems that young people have never written as much as today. Yes, they don’t necessarily write in the style most English professors would prefer. They are, however, at least as articulate as the last generation and possibly even more so since they have added to their vocabularies a host of acronyms and abbreviations such as “LOL” (for “laughing out loud”) that are well understood and which add value to written communication, as do these curiously usurped groups of punctuation marks — “smilies” which consist of semicolons, commas or brackets which, when turned sideways, look a lot like smiling or frowning faces and which are understood by all in their peer group.