Information wants to be free (but not necessarily on the house) 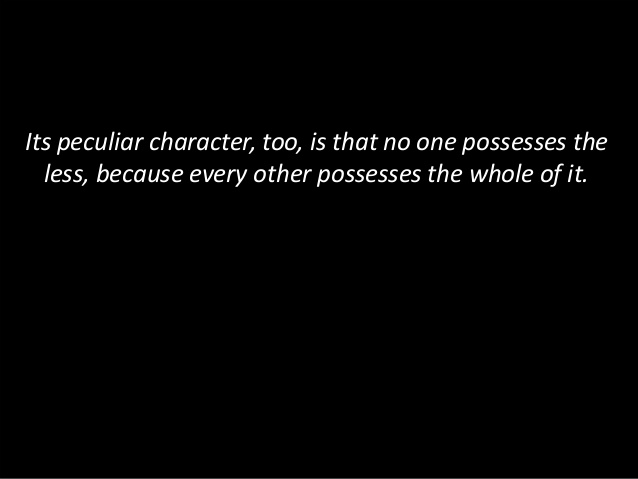 It was the mantra, the rallying cry of an entire generation of early Internet users: “Information wants to be free”. First formulated back in 1984 by Steven Levy in his book Hackers: Heroes of the Computer Revolution, the sentence was always open to different interpretations. For some, it meant “free” as in “liberty”, a freedom to say and do whatever you want (at least as long as your freedom doesn’t infringe on someone else’s). But for others, “free” had another meaning completely, namely “free of charge”.

In the early days of the World Wide Web, especially, “paid content” was a dirty word, and Internet activists argued for ages about whether “commercialism” should even be allowed online.

Artists, writers and musicians, these starry-eyed enthusiasts claimed, could and should present their collective efforts online for free. To make a living, they would use the Web as a place to advertise: musicians would give away songs for free in order to get people to attend their live concerts; writers would collect a huge following of people who would rush to bookstores (or to Amazon, which was still struggling to get started) and buy their deathless prose. And the best thing was: They wouldn’t need a publisher because they could self-publish cheaply and easily and thus cut out the middlemen who were skimming off all the profits anyway. Whoever heard of a rich author (unless your last name happened to be Grisham, King or Rowling.

Yes, those were heady days, but by now, 15 or 20 years later, we have all sort of calmed down and realized that money makes the online world go round, too.

In 2012, there was an excited debate on both sides of the Atlantic about two bills pending in the U.S. congress, SOPA and PIPA. The Stop Online Piracy Act (SOPA) was a United States bill introduced by U.S. Representative Lamar S. Smith (R-TX) to expand the ability of U.S. law enforcement to combat online copyright infringement and online trafficking in counterfeit goods. The PROTECT IP Act (Preventing Real Online Threats to Economic Creativity and Theft of Intellectual Property Act, or PIPA) was a proposed law with the stated goal of giving the US government and copyright holders additional tools to curb access to „rogue websites dedicated to the sale of infringing or counterfeit goods“, especially those registered outside the U.S.

Both were seen in Europe and other parts of the world as a particularly dastardly attempt to give extend U.S. laws beyond the borders of the United States and in effect give lawmakers in America the power to regulate intellectual property rights around the world.

Protesters took to the streets in London and Berlin. And even U.S. tech companies such as Wikipedia, Google, and an estimated 7,000 other smaller websites joined the fun, shutting down their websites for days to document their opposition to “U.S. online imperialism”.

These “black holes in cyberspace”, as at least one newspaper commentator called them, proved big enough to trap lawmakers in Washington who were forced to back down. In January of 2012, the then Senate Majority Leader Harry Reid announced that a vote on PIPA would be postponed until issues raised about the bill were resolved. A few days later, House Judiciary Committee Chairman Smith postponed plans to draft the bill, stating that “The Committee will postpone consideration of the legislation until there is wider agreement on a solution.“ Neither has been heard of since.

But let us pause for a moment to think the concept of “free content” through. It implies that commercial enterprises (for instance book publishers, music labels, and movie studios) are supposed to find other ways to monetize content by providing additional services instead of simply charging users every time they download something. The same goes for information created by the users themselves. Actually, Facebook already does exactly that by harvesting user information from their postings and peddling it in an “enriched” format as profiles of user preferences and habits to paying clients who wish to use this information for advertising purposes. These companies are seeking to make a profit, of course, which bothers many members of Facebook and other sites who feel that they are being spied on and degraded to the role of “glass customers”.

So what to do? Should content be free or not? This is turning into the great dilemma of the Internet Age: Everyone wants great content, but nobody wants to pay for it. But as soon as enterprises take us by our word and start exploring alternate ways of earning a living we complain, too.

There are, of course, other business models that we could probably all agree to if we put our minds to it. Take the piano player’s hat which guests throw money into if they like what he’s been playing. Content owners, this theory implies, should copy street musicians, some of whom make good money, whilst those who just make noise are forced to take up some other profession. In fact, this business model has been practiced for years now by software developers and other artists on the Internet, but let’s be real here: When was the last time you contributed voluntarily when you downloaded a “freeware” program? And all the hype about “crowdsourcing” and “crowdfunding” can’t completely disguise this fact which has more to do with human nature than with anything else.

Jaron Lanier,  whose deadlocks seem to indicate a freewheeling attitude towards all things digital, if not marking him as a downright later-day hippie, apparently has underwent a sort of Road-to-Damacus experience. Once a pioneer of so-called Virtual Reality and an outspoken proponent of Digital Transformation, he now proclaims a neo-capitalist doctrine, blaming collectivism, Crowdsourcing and the Open Source movement on stifling commercial activity and contributing to the decline of the middle-class America.

“To my friends in the ‘open’ Internet movement, I have to ask: What did you think would happen?”, he writes in Who Owns the Future. Web businesses exploit a peasant class, users of social media may not realize how entrapped they are, and a thriving middle class is essential to keeping the Internet sustainable: These and other apocalyptical predictions place him firmly in the class of cultural pessimists through the ages. While certainly entertaining, these views do not help us address the real problems facing Digital Enlightenment; quite the opposite.

Lanier and others taking part in this discussion suffer from a kind of historic blindness which they share with many politicians and policy makers: people whom we would prefer to hope are aware of their role in making history happen. One of the best examples of this is the debate about copyright and intellectual property. The way many people bandy these terms about one could be excused from thinking that ideas are the same thing as material goods such as homes, cars or a backyard barbecue grills.

They aren’t, of course. Property by common legal agreement implies judicial rights to moveable and immovable goods. The interesting question here is: Do ideas – say, for instance, a song, a poem, a computer program which consists of bits and bytes – fall into the category of “goods” at all, and more importantly in an age where these products of human creativity can be reproduced instantly and indiscriminately, can we really claim power over them in any legal sense of the word? Remember: In the digital age there is no longer a difference between original and copy. The only thing anyone can even hope to control is the copying process itself.

This brings us to the legal concept of “copyright” which, it turns out, is a relatively new one. In 1511, Albrecht Duerer, the famous Renaissance artist and engraver, procured the first legal protection against copy pirates from Maximilian I, the Holy Roman Emperor, for his woodcut “The Great Passion”. The term “copy right” first appears in English law with the so-called “Statues of Anne” published in 1557, just a century after the invention of the printing press by Johannes Guttenberg in Mainz. However, it had nothing to do with intellectual property: It simply protected the rights of printers (more specifically: members of the English “Stationers’ Company”) to publish works to which they could prove (or at least somehow convincingly claim) some kind of exclusive reproduction rights. The statute doesn’t even mention the authors, who were paid (if at all) for providing a manuscript.

Copyright, it turns out, isn’t there to protect artists at all: it protects publishers!