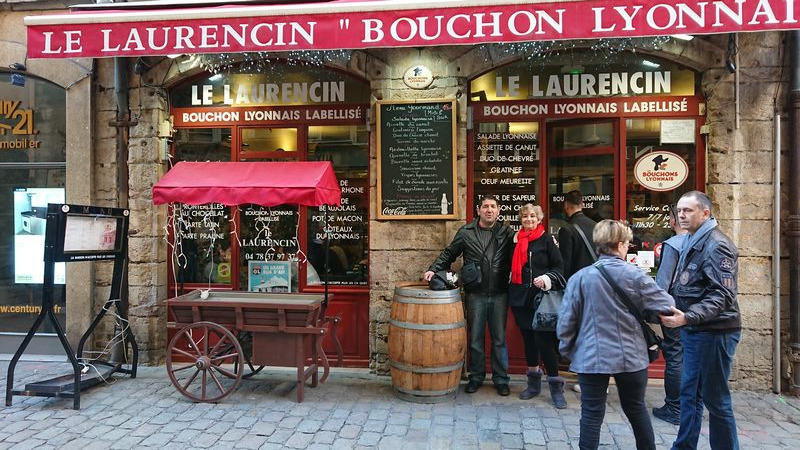 Since Corona, I have had lots of time to answer questions on Quora, but this one really perked me up! “What restaurant in Lyon is famous for its local cuisine?”, a lady called Roskana Parvin Yasmin asked – and sent me off on a wonderful trip down memory lane to my favorite food city in the world.

“The problem with your question”, I told her, “is that there are two local cuisines and dozens, if not hundreds of restaurants to choose from.”

For one thing, Lyon – and not Paris – is the birthplace of what has become known in France and around the world as the true French haute cuisine, or grand cuisine. There are a couple of reasons for this, one being that Lyon is closer to Italy than Paris which, before the French Revolution, was considered to have the most sophisticated cuisine in Europe.

The second is, that Lyon is ideally located right in the center of one of the richest food-producing regions in the world, with fowl from the Bresse, beef from Charolais, salt-water fish from the Mediterranean easily reachable via the Rhone river, fresh-water fish, crayfish and frogs legs from the Alpine streams, fruit, vegetables, mushrooms and cheeses galore, and the fabulous wines from Burgundy and the Beaujolais right next door.

And thirdly, some of the best cooks in the early history of the grand cuisine hailed from the South of France, like François Pierre La Varenne from Dijon and Auguste Escoffier from Occitan who were hugely influential in creating the techniques which we now consider central to the art of French cooking.

More recently Lyon has produced dozens of world-famous chefs such as Paul Bocuse in Collonges, a mere four miles from downtown Lyon, or Gérard Nandron, whose quenelle de brochette in the restaurant that bore his name were “worth a trip of their own”, according to the Guide Michelin, and whom I was once privileged to accompany on his morning shopping rounds at the market hall of Lyon.

But there is another cuisine in Lyon, which I personally love just as much, namely the cuisine bourgeoise, served at tables covered with plain butcher’s paper over red-and-white-checked tablecloths, and consisting of food that is more down to earth, strong in terrines and offal – cheap food distained by the refined gourmets and their grand cuisine chefs. Oh, but what they miss! My mouth waters thinking of the wonderful tripe sausage andouillette served in a mustard sauce I once had in a tiny place somewhere in the maze of narrow alleys that make up the historic city center and are known fondly as Bouchons.

There are two theories about where the name of the true workingman’s bouchon lyonnaise comes from. A bouchon is a cork or bottle stopper, and as a guest you sometimes do feel like you’re stuck in the neck of a bottle. But bouchonner un cheval refers to the act of brushing a horse with straw. In the old days these were places where you could have your horse cleaned and fed and you could also get a bite to eat.

And what bites they are! Normally, everyone rubs elbows in these tiny establishments, and everybody orders a lot of everything, much of it shared in communal, all-you-can-eat platters and cocottes: foie gras, Guinea hen, duck gelée, a mustardy salade museau, jellied veal trotters, lentils, cervelat (a dense and delicious pink boudin) and potato salad tossed with saucisson.

They don’t call Lyon the Gastronomic Capital of France for nothing. Enjoy your stay!