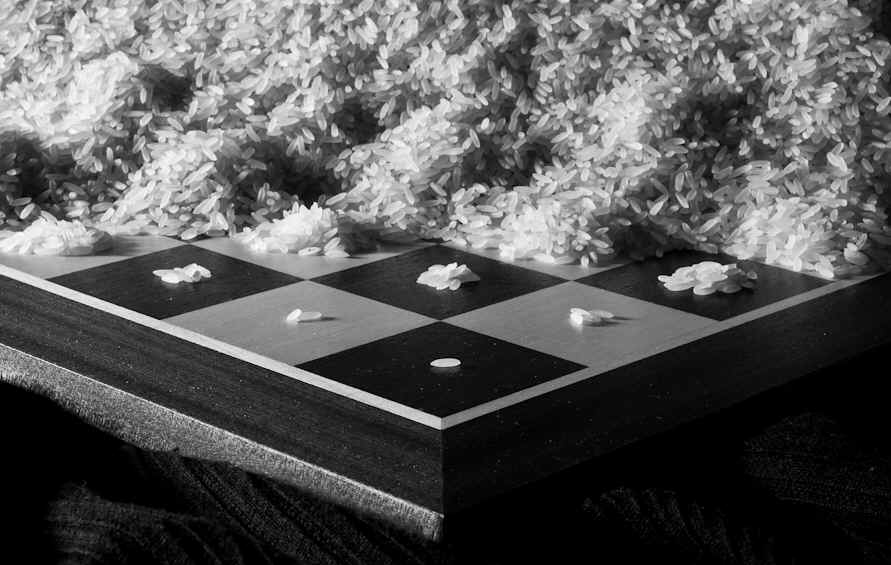 More than any other functional principle, Moore’s Law has changed the world out of all recognition. Gordon Moore, one of the founders of Intel, was only 37 when he recognized that the number of transistors you could pack onto a standard computer chip continued to double every 18 to 24 months. Nothing has changed since, and Moore’s Law is firmly enshrined as one of the most gifted perceptions of the Digital Age.

Doubling, as we all know, leads to exponential growth, also known as geometric progression. Gerd Leonhard describes it thus: “First very slowly, then very fast!” The step from 1 to 2 and from 2 to 4 may seem like a snail’s pace, but when you get up to 16, 32, 64, 128, etc. things start happening with lightning speed!

The best story about exponential growth comes to us from India, where an emperor named Sharan wanted to reward the mathematician who had invented the game of chess and promised to grant him any wish. He had only a tiny little wish, the man said. All he wanted was a single grain of rice on the 1st square of his chess board, two on the 2nd, four on the 3rd and so on.

Amazed at such modesty, the emperor immediately granted the gift. However, the court treasurer worked out that by the 64th square, he would need to deliver 18,446,744,073,709,551,615 grains of rice – or a heap larger than Mount Everest (and more than 1,000 times the world’s annual production of rice).

Unfortunately for him, the inventor was beheaded by the ungrateful monarch – but not before he made the point that exponential growth rapidly leads to results we humans can hardly comprehend.

And there is no end in sight for Moore’s Law. In 2017, IBM announced that their scientists had managed to pack 30 billion transistors into a computer chip the size of a fingernail.

Or is there perhaps a limit somewhere? “Moore’s Law is running out of steam”, the Economist claimed in 2016. But while that may one day be true for semiconductors, it most certainly isn’t for technology in general. Besides, in areas sich as artificial intelligence and self-learning algorithms, we are still at square one. And remember the tale of the grains of rice: “First very slowly, then very fast…”

We are rapidly approaching the point when computers will be as powerful as the human brain. Computerologists describe this as the singularity, and they love to speculate about when it will come to pass. “By 2024 at the latest”, says Ray Kurzweil, a tech visionary and one of the founders of the Singularity University in Mountain View, California – right in the heart of Silicon Valley. This doesn’t mean that computers will be as smart as humans, but their processing power and their ability to deal with complex problems will equal and then very quickly surpass ours. In a year, they will be twice as powerful, in two years four times as powerful, and in three years eight times – and so on, get it?

I can hardly wait…