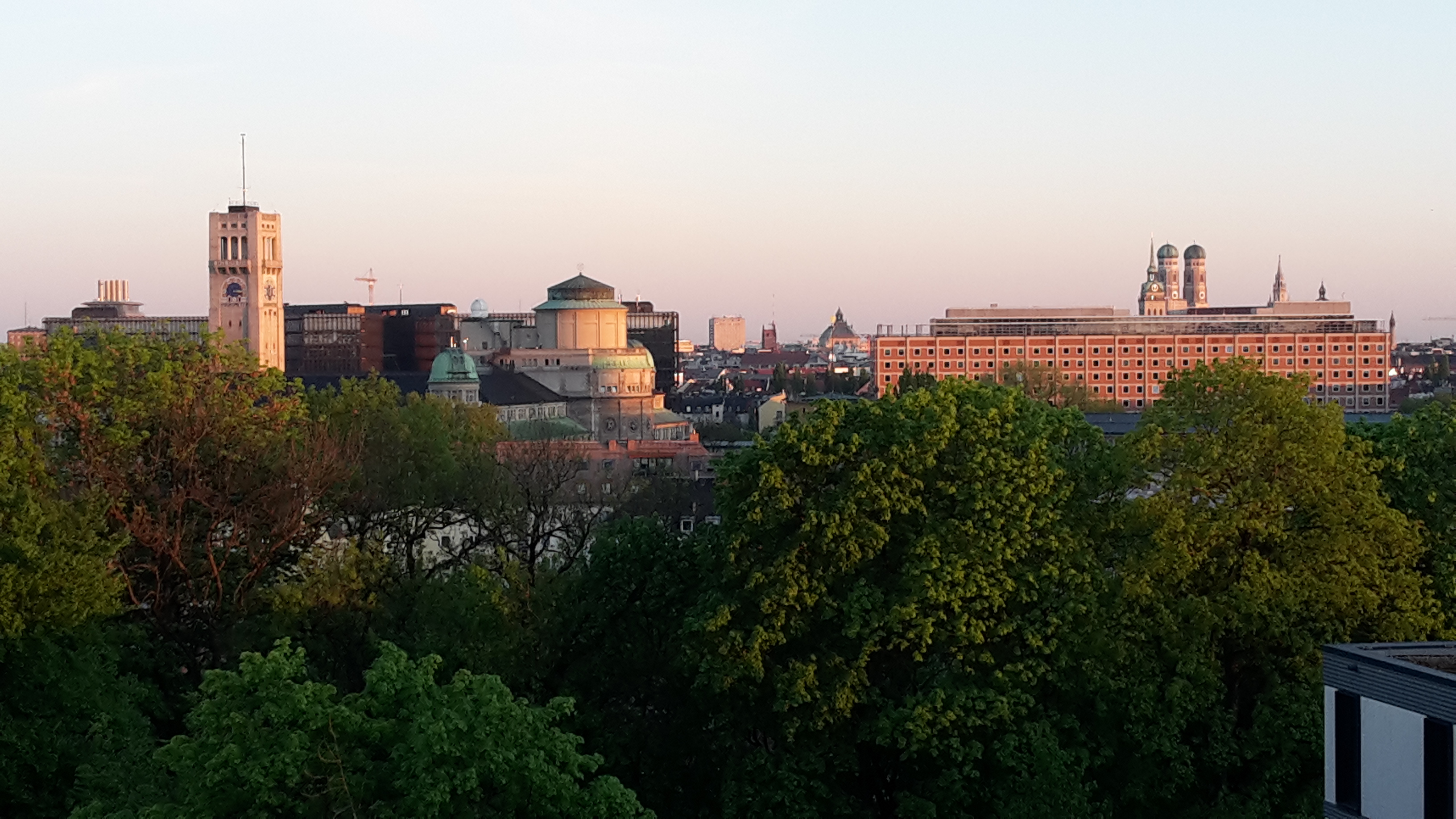 I recently organized a trip to Munich for our Lions Club and I entitled it “My Munich”. Here’s the agenda:

1st evening: Dinner at “Paros” in Heidhausen (Kirchenstrasse). Why go to a Greek restaurant if you’re in Munich? Because it is simply the best one I’ve seen outside of Greece. It’s always full, always loud, and the lamb is unbelievable!

Next morning: Eat Weisswurst (traditional Bavarian sausage made from minced veal and pork back bacon flavoured with parsley, lemon, mace, onions, ginger, and cardamom) and drink Weissbeer at Franziskaner across the street from Nationaltheater. Spread lots of sweet mustard on them!

Afterwards: Walk up past Marienplatz to the Viktualienmarkt, the big open-air market where you can get almost anything that’s edible. Stroll around and sniff the scents, savor the sights.

For lunch we need something non-Bavarian. I suggest sushi at Shoya, a tiny walk-in sushi bar on Orlandostrasse right around from Hofbräuhaus where all the Japanese tourists go when their bowels just can’t take any more Schweinsbraten and Bratwurst.

In the afternoon, take a long walk through the Englischer Garten, which was designed by Benjamin Thomson, an American from Woburn, Mass. Ben skipped town in 1785 to become a councilor to the Bavarian king, who created him “Count Rumford”. His masterpiece is bigger than Central Park and consists of a series of informal landscapes in the style popular in England from the mid-18th century.

Breakfast next morning in Café Frischhut across from Viktualienmarkt, where you need to try “Ausgezogene”, a kind of Bavarian doughnut minus the hole is backed in fat and needs to be eaten as hot as you can stand it. Sprinkle sugar on it and enjoy with a “Haferl” of coffee with lots of milk.

Back to Nationaltheater (Max-Josef-Platz) for a tour of the Schatzkammer, where the Bavarian kings used to stash their loot. Say hello to St. George whose equestrian statue is adorned with literally hundreds of diamonds, pearls and precious stones.

Lunch is at Hofbraeukeller, one of Munich’s nicest beer gardens located on the eastern bank of the Isar river. We walk from the Residenz down Maximilianstrasse where we are greeted by the imposing façade of the Maximilaneum, originally built in the mid-19th century as the home of a gifted students‘ foundation and now the home of the Bavarian Landtag (state parliament).

In afternoon we visit the Rosengarten, a less well-known attraction located on the Isar near Schyrenbad (Sachsenstraße 2) where the department of parks and gardens grows hundreds of different sorts of roses and other flowers for use in adorning public places and for floral arrangements at big municipal ceremonies.

Our grand finale is a visit to the world-famous Hofbraeuhaus – not to the “Schwemme”, the big downstairs drinking hall full of drunken tourists. Instead, we reserve a table in the Bräustüberl where its quieter and the Schweinsbraten and the beer is just as good.