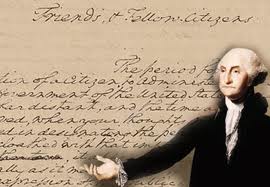 The purest form of democracy is one in which every citizen casts his or her vote and the majority wins. In the Internet Age, at least theoretically, everyone in the world could participate in the democratic process which could be vetted and overseen by computers programmed to detect any kind of fraud, including anybody tampering with the computers themselves.

Given that, the question is: Just how far can direct democracy go? The most radical answer of course is all the way! Digital democracy could potentially replace party politics and representative government with a participatory system giving individual citizens a direct and active role in the political decision making process.

In Europe, attempts by the short-lived “Pirate” parties have shown how difficult, not to say impossible it is to combine the concept of direct democracy with existing party structures. As long as they stayed out of the parliaments, the Pirates were an effective force driving change at many levels. Once they entered the mainstream, they imploded in the kind of petty bickering and horse-swapping deals that mark the ruling political castes. Instead of leading the way, the Pirate parties have receded into part of a vague and largely ineffectual “oppositional counterculture” that has been around for years and has, at times, been highly successful in shaping the political agenda.

The Pirate movements serves as a warning about what happens when you try to adapt truly innovative concepts to existing old and declining structures without first thinking about how these structures restrict and stifle innovation. Any attempt at introducing direct democracy into a party-driven political system is a sure recipe for failure.

Much more interesting (and more likely to succeed) are attempts such as those of the online activists going under the name of Anonymous. In their book Anonymous : Pirates informatiques ou altermondialistes numériques? (Anonymous: information pirates or digital anti-globalization?), authors Frédéric Bardeau and Nicolas Danet describe how this group of self-proclaimed “hacktivists” evolved into a kind of online offshoot of leftist activism. Through their often spectacular actions and initiatives they quickly earned themselves a worldwide reputation and could very well become a blueprint for how political decision making will be shaped in the digital future as well as for how the Internet can and will be used as a platform for political action.

In the past, Anonymous has targeted such diverse opponents as Scientology and Sony, the Mexican drug mafia and paedophile networks, as well as FBI and NSA and of course repressive regimes in places such as Tunesia, Iran or Egypt. During the 1999 World Trade Organization summit in Seattle, the group played a key role in what later became known as the “Battle for Seattle”, circulating plans for the shutdown of the city on the Web and coordinating attacks by activists against municipal and federal authorities. The event is recognized today as the start of the anti-globalization movement in the U.S. and elsewhere. Derided by the traditional media as “anarchists” and “criminals”, Anonymous has subsequently been hailed by the left as digital freedom fighters.

Bardeau and Danet draw a remarkable historic parallel: “Could Anonymous, which sprang from an open Internet based on the principle of cooperation, just as the European Enlightenment can trace its roots back to the invention of the printing press, be the spearhead of a global revolution?”

So should we abolish political parties and start over again online? Are parties, as George Washington warned, destructive because of their temptation to manifest and retain power? In his 1792 Farewell Address he states that the common and continual mischiefs of the spirit of party are sufficient to make it the interest and duty of a wise people to discourage and restrain it.

A somewhat less radical approach calls for creating a system by which voters can participate directly in reaching choices that effect everyone, something that has been practiced for centuries in Switzerland. The Swiss constitution calls for plebiscites in certain substantive issues that are deemed too important for mere politicians to decide.

Perhaps it would be better to thi8ink in scenarios instead of calling for the abolishment of political parties altogether. One could be that politicians and parties finally manage to agree on necessary changes to society and the body politic that would enable direct forms of democracy in certain instances — albeit with the risk of rendering themselves superfluous.

Another could be the model of oppressive “formatted society” like the one described by the German historian Wolfgang Mommsen in 1999, when he painted an gloomy word picture of the future in a book published by the social-democrat Hans Eichel and the cultural functionary Hilmar Hoffmann entitled End the State – Start the Citizen Society. Direct participation of citizens in the governing process, he warned, would need to be stamped out completely in such a society since only representative democracy is able to guarantee the necessary stability. This argument, of course, isn’t new at all; it echoes, in fact, the model of government through benevolent dictatorship that Thomas Hobbes suggests in his in 17th century masterpiece, Leviathan.

These two scenarios represent opposite extremes, but both they and anything in between are conceivable. Political parties do pay occasional lip service to direct democracy on both sides of the Atlantic, but nothing much ever happens. On the other hand, examples from Scandinavia and Switzerland seem to point in the other direction and give reason for optimism.

The main problem that opponents of greater participation by the citizen are fond of quoting is a practical one. Nobody, they argue, wants to turn out weekend after weekend to got to the polls in order to vote on some petty local issue. Besides, there is the generally accepted idea that we need a stable administration in order to conduct the day to day business of the state. It would be impossible, these people argue, to assemble a government on the fly, kind of like rolling dice.

But the real reason professional politicians and party hacks fear participatory democracy is simple. Barbara Prammer, the president of the upper chamber of the Austrian parliament, recently gave the secret away unwittingly when she said in an interview: “The nature of democracy is compromise. I don’t like these ‘all or nothing’ votes that are typical in a direct democracy.“ The occasional referendum, that’s okay, she believes. But in the end it’s up to parliament to make the decisions.

This of course is direct democracy with support wheels: let the people think that they’re in charge, but leave the important stuff up to the patronizing politicians.

In neighboring Switzerland, Ms. Prammer could see a kind of direct democracy that actually works and has been doing so for centuries. One of the peculiarities of the Swiss system is its consensus principle by which all the major parties agree to form a government, dividing up all the portfolios amongst themselves according to a proportionary arrangement based on the latest election returns.

However, really important decisions in Switzerland are referred to plebiscites, either on a local or national level. Voters are thus able to determine the general course for politicians to follow or to chastise their representatives if they feel that their parliamentary decisions are out of kilter. Could Helvetia be the forerunner of a future form of direct, Internet-based democracy?

Any move towards an established form of direct democracy would add a fourth power to the three traditional ones proposed by enlightenment thinkers such as John Locke and the Baron du Montesquieu. Besides the executive, legislative and judiciary branches of government, the vox populi would rank as equal and take part in the check&balance system that lies at the heart of modern democratic government. And this is also nothing new, harking back as it does to the Roman republic and ancient Athens, where democracy was originally invented — “democratia” (δημοκρατία) literally means “rule by the people”.

But what role will digitalization and networking play in this process, and what can they contribute to the principle of direct or “pure” democracy as it is called by political scientists? Well, there are after all some very practical advantages to being able to ask your constituents whenever a big decision comes up. Besides, the cost of calling an election would sink dramatically.

In addition, democracy by Internet would go a long way towards establishing a true, functioning Fourth Estate which could be independent from factional partisanship. In the past, party affiliation was the only way a citizen could make himself heard, if at all. Political influence and decision-making was channeled through the conduits of the party hierarchy, through local, regional, state and national committees and caucuses.

In an online democracy, blogs and Facebook “likes” would take the place of town hall meetings and primary elections. Online petitions pass upwards much faster than paper ones, and it doesn’t take a clumsy administrative apparatus to handle them.

In such a system, parties would either cease to exist or, more likely, change their natures. By forcing the party bigwigs to actually listen to the voice of their voters and to engage in meaningful discussions about ways and means, they would not only be taken down a peg, but also empowered to actually take responsibility and act in the best interests of the majority. If not, they would be brought down at Internet speed, just like the short-lived Pirate parties in Europe.