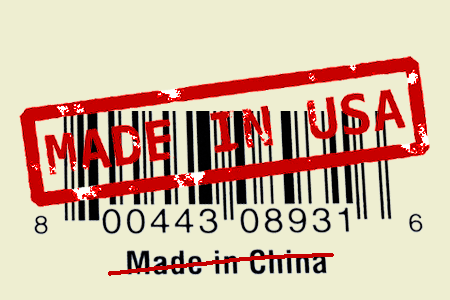 Before his inauguration, the US President-elect Donald Trump was ecstatic. Wireless carrier Sprint had just announced it would bring thousands of jobs back to the United States.

„I was just called by the head people at Sprint and they are going to be bringing 5,000 jobs back to the United States, they are taking them from other countries,“ Trump told reporters outside his Mar-a-Lago estate in Florida.

If it only were that easy. Just hours later, a top Chinese newspaper, the Global Times, which is officially backed by the Communist Party, published an analysis piece that said, “It will be almost impossible for the [US] to restore its glory as a major manufacturing powerhouse under his presidency.”

So who’s right? And can politics strong-arm business to reverse the decades-long trend to offshore jobs, lured by the promise of dirt-cheap labor at the ‘extended workbenches,’ especially in Southeast Asia? Hardly.

What is happening instead that a mix of new technologies, including IoT, automation, mass-customization, big data, and global networks are rapidly coming together to create a kind of ‘perfect storm’ in which these recursive trends reinforce each other, and in the process, radically change the way we make stuff.

Trump may get his wish, but not just for reasons of patriotism. Flexibility and the ability to react quickly to changing customer needs and demands weigh much stronger today than shaving a few bucks off the payroll.

In fact, being able to make the customer happy is becoming more crucial than ever in the age of Customer Empowerment, where consumers have unlimited choice, a worldwide market and, above all, as much information about products and services as the company that offers them. Instead of in the direction of vendors, the playing field is tilting towards the customer, causing a fundamental power shift. Vendors today ignore their customers only at their peril.

Squeezing every ounce of advantage out of technology in general and IoT in particular is just about the only way businesses today can create an edge. But even more important will be listening to your customer. As Avnet’s John Jones argues in his column in the upcoming issue of Smart Industry – the IoT Business Magazine, it makes sense to start gathering data now and thinking about the possible business case later: The price of sensors, storage and transmission of data has fallen so low that collecting data no longer really needs an ROI – just do it!

But if data cease to be a cost factor, they become an asset – provided we find ways to make sense out of them. Predictive systems based on huge amounts of data are like a crystal ball into the future. Turn them loose on production, and you are suddenly able to think of each and every customer as an individual with unique needs and demands. Satisfy these, and you have it made!

Bringing the jobs back home will be an important step because reshoring makes a lot of sense – no matter what Donald Trump’s reasoning may be.