Taking a Second Look at Lambrusco 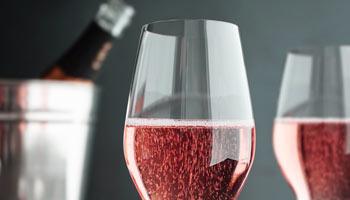 In my misspent days as a student in Heidelberg, my friends and I spent most of out time and effort trying to procure and consume as much alcohol as possible for the least amount of money. Lambrusco was ideal for the purpose: It was cheap, fizzy, sweet and just about the cheapest plonk sold at our local supermarket. Okay, it also produced a collosal morning head, but that could be dealt with by opening another bottle; the hair or the dog that bit you, you know…

That’s probably why I was immediately wide awake when now, sixty years later, I read a quastion on Quora that seemed utterly absurd, namely: „Is Lambrusco good wine?“

That sounded like an easy on. „No, Lambrusco is a terrible wine, drunk only by impoverished students and homeless people“ was probably all I needed to say. But then curiosity overtook me, and I started to search that fount of all wisdom, Google. With astonishing results. Could it be that I have been doing myself out of a major Dionysian pleasure all this time?

It turns out that Lambrusco is a very ancient type of wine described by various Roman authors (Virgil, Cato, Varro) as Labrusca vitis, non-domesticated, sour-tasting grape that grew on the edges of fields.Present-day Lambrusco is mainly produced around Modena in the Emilia-Romagna region of Italy, although small amount are also grown in Lombardy, in Alto Adige and Argentina (where it is known as Lambursco Measini or Lambruco Maestri).

Most of the Lambrusci you can buy today are made from bulk wines that are stored in cellars until required, when they are mixed with unfermented grape juice and yeast in tanks where they ferment under pressure (usually around 2.5 bar) until the desired residual sugar content is reached. They are then shock cooled and bottled. This method is comparatively cheap, but much of the grapes‘ orginal feshness and aroma are lost due to the complete fermentation.

Superior brands of Lambrusco are produced by the members of Italy’s oldest winegrowers‘ cooperative and are officially classified under European law as a DOP (Denominazione di Origine Protetta), a protected designation of origin. DOP wines from Emilia Romagne are the Lambrusco di Sorbara, der Lambrusco Salamino di Santa Croce, der Lambrusco Grasparossa di Castelvetro, each amde fro, a distinct version of the Lambrusco grape that bears the name of its region, as well as Lambrusco di Modena which is made from a mixture of these regional variations.

Unlike cheap Lambrusco, the juice of the grapes is immediately cooled down to just above freezing (0°C) and stored at that temperature until required, when the juice, of must, is allowed to warm to room temperature, and yeasts are added. As soon as the wine has reached the desired residual sugar content, the fermentation is stopped by cold shock and the wine is filtered and bottled. WHile this method prodcues far better wines, is is also substantially more expensive, so some producers use a mix of both methods.

While a cheap supermarket bottle of Lambrusco spumante can often be found for under €2, a bottle of exquiste Riunite Lambrusco Emilia from the estates of Rosso Maestri can set you back tens times that price, and I have seen bottles for over €50. If you think only Champagnes can be that expensive – think again!