The Traditional Italian Dish That Was Born in America 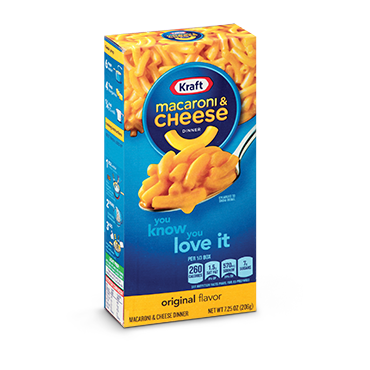 Almost everybody thinks macaroni and cheese are a quintessential Italian dish, but you will probably find the best mac & cheese in the United States, because that’s where it was invented.

Urban legend says Thomas Jefferson brought it back from a visit to France, but that is almost certainly wrong. Macaroni certainly was a highly fashionable food in late eighteenth-century Paris, and Jefferson did investigate the manufacture of macaroni during his trip to northern Italy and drew a sketch with detailed notes on the extrusion process, but the Italian noodle machine he brought back with him didn’t work properly, and in later years Jefferson imported macaroni and Parmesan cheese from Marseilles for his use at Monticello.

While in France, he also copied a recipe for making macaroni („Nouilly a maccaroni“) without a machine. This recipe makes clear that what was eaten as macaroni was what Americans today would term spaghetti.

“The first written recipe [for macaroni and cheese] seems to be from The Experienced English Housekeeper, by a Mrs. Elizabeth Raffald. Published in 1769, it appears to be the forerunner of our own American classic: bechamel sauce with Cheddar, mixed with macaroni, sprinkled with Parmesan, then baked until bubbly and golden. Another recipe, macaroni a la reine („Macaroni in the style of the queen“), made from a similar mixture of pasta, cream, and melty cheese (often Gruyere), appeared frequently in British cookery books until relatively recent times.”

Kraft Foods of Chicago introduced its boxed macaroni and cheese in 1937, when America was in the throes of the Great Depression. The product could serve four for 19 cents, and the company sold 8 million boxes of its quick-and-easy macaroni and cheese in a year. With rationing in effect during World War II, the boxed mix continued to gain in popularity; staples such as fresh meat and dairy were in short supply. It’s now the standard incarnation of the dish, and along with ramen noodles, the Kraft Dinner (as it’s known in Canada) is a mainstay of college student cuisine

. Since classic Parmesan was unavailable, Kraft substituted cheap cheddar cheese which is made in abundance in the dairylands surrounding the Great Lakes.

If, however, you want to enjoy the best possible combination of pasta and cheese in the world, I would suggest you go to Latium, the Italian province surrounding Rome, where they will serve you the kind of spaghetti alla carbonara they eat in heaven! “Carbonara” means charcoal in the Roman dialect, and it was long assumed that the charcoal burners who plied their trade along the 1,5000 kilometer long ridge of the Apennine – the backbone of the Italian peninsula – cooked a mix of ricotta (goat cheese), Pancetta (thin strips of cured bacon) and egg yokes with their pasta which gave them a substantial breakfast to keep them going through their hard-working day.

Davide Enia, a Rome-based novelist (“On Earth as it is in Heaven”) who spent his boyhood in Palermo, gives a slightly different explanation. According to him, Carbonara was created during World War II when the Allied forces besieged the so-called Richard Line, a strong series of fortifications constructed by the Germans south of Rome. During the ferocious winter of 1944, GIs were bunkered down for months, and all they could find to eat in the surrounding hillsides were bacon, cheese and pasta. Since they were well supplied by the Army with powdered eggs, they simply threw everything together – and liked what they got! The recipe eventually made its way back to America with them, as well as to post-war Rome, where they turned it into a local specialty.

Whichever version of the myth you choose to believe, it does seem certain that Mac & Cheese, like Spaghetti alla Carbonara, both have firm roots in America.