Trump, the F-Word and the Politics of Anger 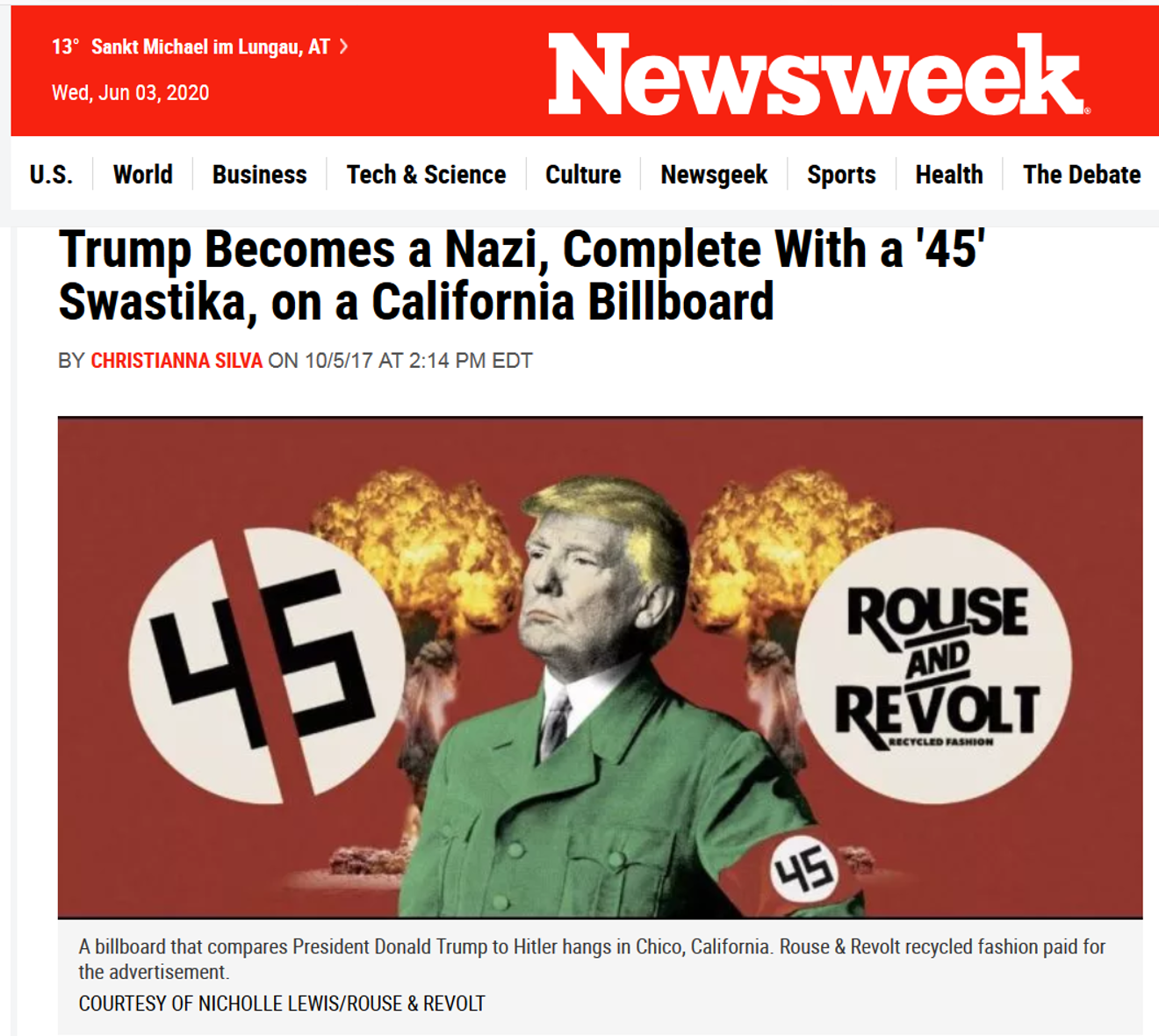 In today’s issue of the Washington Post, Ishaan Tharoor and Ruby Mellen finally ask the right question about Donald Trump and what he has made and may yet make out of America. „Is it finally time to use the F-word for Trump?“ Or in plain English, is Trump a fascist?

We may not be quite that far under Trump yet, but in his upcoming book American Rage, the American sociologist Steven Webster from the University of Indiana claims that the number of those who not only contradict but actively hate the political opponent has increased enormously in the last years.

Webster draws on current data sets, which he combines with the latest findings from anger research and supplements with surveys of people across the country to conclude that anger is currently the dominant force in American political life. This has devastating consequences.

When people move from emotional anger (e.g., in response to a police shooting) to habitual anger (e.g., routine violent demonstrations against the state), they lose, in Webster’s words, „trust in the national government, lose their commitment to democratic norms and values, and weaken their commitment to minority rights. They believe that people who disagree with them politically pose a threat to the country’s well-being“.

This polarization has led to an unprecedented level of voter loyalty, he says. Those who have chosen a party are no longer reachable for the arguments of the opposing party, because the political opponent is ipso facto bad and evil.

In this respect, the current situation in the United States is frighteningly reminiscent of that in Germany in the years before the Nazi power grab, when Nazis and Sozis – Social Democrats and Communists – were absolutely irreconcilable and literally fought each other to the death.

In America, according to a new study by the Pew Research Center, polarization has also led to a division of America by skin color. According to the study, 81% of Republican voters are white, compared to only 59% of Democratic voters. If African Americans have the choice between Joe Biden and Donald Trump, almost 90% will vote for the Democratic presidential candidate.

Contemporary scholars of fascism warn against calling Trump a true fascist. In Foreign Policy, historian Eliah Bures writes: „We are not the 30’s today.“ But there is one aspect of our time that resembles the interwar years. It is still true, as Orwell argued at the time, „that the current political chaos is related to the decay of language and that you can probably bring about some improvement by starting at the verbal end“. Then, as now, open societies are best defended by a willingness to think and speak clearly – not hyperbolically and manipulatively – about the challenges they face.

However, the erosion of democratic culture during Trump’s presidency must sound an alarm. It is accompanied by the constant bending of norms and relentless attacks on those who show no absolute loyalty to him, from political rivals to the free press.

Many commentators warn of the decline of political liberalism in Western democracies, citing examples from Poland to Hungary, from AfD to Marie le Pen’s Rassemblement National, from Brazil’s Jair Bolsonaro to India’s Narendra Modi.

The typical Trump followers count themselves among the anti-liberals, of course. „Anti-liberals experience modernity as an ongoing political and spiritual crisis,“ writes Bures. But this threatens to cross the narrow line between conservatism and fascism. Although they are instinctively conservative in many respects, anti-liberals believed that decay has progressed to the point where there is little left to preserve, so that a reactionary return or radical regeneration (or a mixture of both) is required. Under this big anti-liberal tent, there is plenty of room for Steve Bannon and Putin, Hitler and Francisco Franco, Augusto Pinochet, Pat Buchanan and even Donald Trump.

Anti-liberals not only question economic freedom, but also the value of pluralist democracy itself. They argue that the core liberal ideals of tolerance and equality are in fact an insidious form of tyranny that destroys communities and kills the human spirit.

In his short essay Eternal Fascism written as early as 1995, Umberto Eco described briefly and precisely 14 characteristics that make up „eternal fascism“. These include irrationalism, action for action’s sake, hostility to criticism, fear of diversity, appeals to an angry and humiliated middle class, xenophobia and nationalism, demonization of the enemy, a view of life as a constant struggle, contempt for the weak, a cult of heroism, machismo and misogyny, an anti-parliamentary populism that thinks individual citizens only exist to praise and applause the leader; and a Newspeak-like impoverishment of language that prohibits complex thinking. Other characteristics of a fascist society include militarism, an anti-establishment animus, disregard for human rights and civil liberties and the longing for salvation by a charismatic strong man.

When Eco wrote this, Donald Trump was still a moderately successful real estate agent who had just gone bankrupt with his Atlantic City casinos. He might as well have written it today. If Trump is not stopped in November, the F-word could soon be a fitting description for the United States of America as a whole.