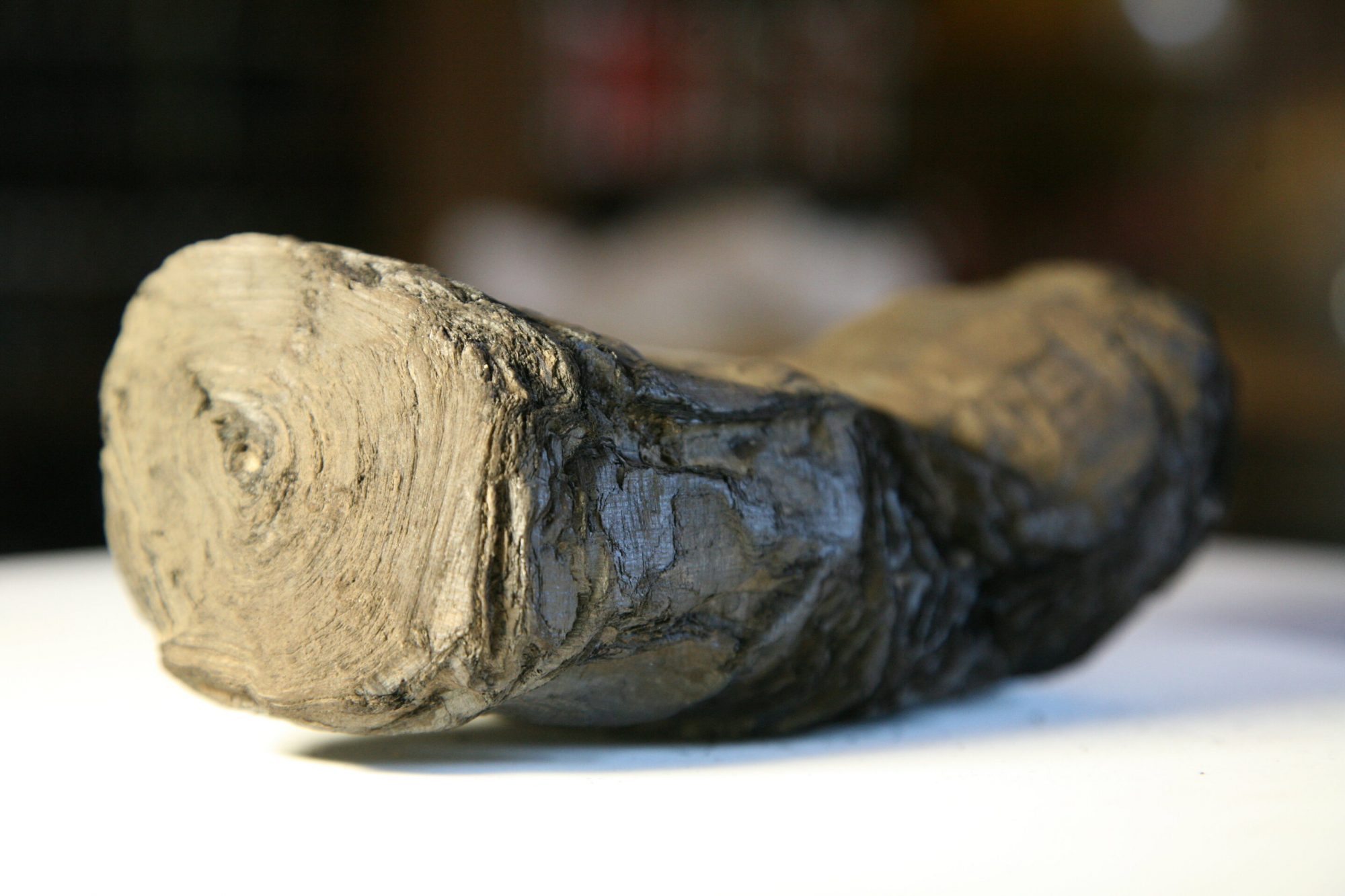 Too delicate to handle

When Mount Vesuvius erupted in 79 A.D., covering the towns of Pompeii and Herculaneum in ash and lava, everything, including an invaluable library of scrolls, was lost to the inferno. Or at least they were lost until Brent Seales came along. As head of the computer science department at the University of Kentucky, Seales was fascinated by the hundreds of carbonized papyrus scrolls that were unearthed in 1752 in a villa in Herculaneum that allegedly once belonged to Julius Ceasar’s father-in-law. Today, the scrolls are kept at the National Archaeological Museum in Naples and are believed to be the only intact library from antiquity to survive. Except, of course, that nobody could actually read what was written on them.

Historians have been searching for centuries for lost works from classical antiquity such as Sappho’s poems or Mark Antony’s treatise on drunkenness – works which are known only through references to them by other writers.

Until now, reading the scrolls from the aptly named Villa of the Papyri has been impossible. Any attempt to unroll them would lead to their destruction – they simply crumble into dust. Searls believes he has found a way to “virtually unroll” them using artificial intelligence, machine learning and high-energy x-rays, the Washington Post reports.

To get there, he first needed to travel to Oxford in England. There, at the Harwell Science and Innovation Campus, a small university spin-off named Diamond Light Source Ltd operates the UK’s national synchrotron; a kind of giant microscope that harnesses the power of electrons to produce ultra-bright light that can be used to study anything from fossils to jet engines to viruses and vaccines – and perhaps fossilized papyrus rolls, too, or at least that’s what Seales and his team are hoping for.

“With the ultra-bright light, we will be able to see the internal structure of the scrolls in more definition than has ever been possible,” Seales believes. The machine learning tool he and his colleuges are developing will amplify that ink signal by training a computer algorithm to recognize it — pixel-by-pixel — from photographs of opened fragments that show exactly where the ink is and examining the corresponding tomographic data of the fragments using multi-voxel pattern analysis. A voxel is a three-dimensional image, usually consisting of cubes. This offshoot of MRI imaging used in medical examinations produces by far the best resolution of any scanning technology

By applying that same logic to the still-rolled scrolls, the machine should be able to spot ink that is otherwise invisible to the naked eye.

“The first thing we are hoping to do is perfect the technology so that we can simply repeat it on all 900 scrolls that remain [unwrapped],” says Seales. So far, his team has tested the method on two intact scrolls and four smaller fragmented ones from L’institut de France.

„We… shine very intense light through (the scroll) and then detect on the other side a number of two-dimensional images. From that we reconstruct a three-dimensional volume of the object… to actually read the text in a non-destructive manner,“ Seales explains. The goal is to make train the system to pick out and learn subtle differences between inked and blank areas in the x-ray scans, such as differences in the structure of papyrus fibres. Once trained on the fragments, it is hoped the system can be used with data from the intact scrolls to reveal the text within.

Many of the writings of the formative thinkers of the classical age have been lost.  For instance, only one-third of the writings of Aristotle survive. The founders of Western drama were the brilliant playwrights Aeschylus and Euripides, both of whom wrote some 90 plays, but only 6 and 19 remain. Historians would love to lay their hands on the lost books of Livy’s history of Rome. After 2,000 years, their dream may be coming true.