What Americans don’t get about health insurance 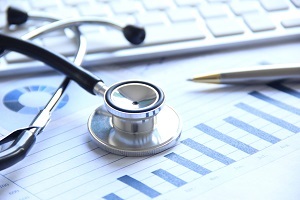 For reasons that escape me, Americans don’t seem to understand how good health insurance works. Essentially, it is a solidarity system where everybody pays their premiums into a big pot so that if they (or anyone else) gets sick, their expenses are covered. The motto here is „all for one and one for all“, like the Three Musketeers.

This only works, of course, if everybody contributes. If someone refuses to pay into the system, everybody else must make up the difference, so not contributing is selfish and antisocial.

That’s what America has today, and its motto is „every man for himself and the devil take the hindmost“.

In the current discussion, a lot of buzzword are being bandied about, including „Medicare for all„, „single-payer“ and „universal coverage.“ Lets look at what each of these means.

In the United States, Medicare and the Veterans Health Administration are actually very like single-payer systems, except that they aren’t really, because they allow private insurance companies to manage care in the program, which means the government is not the only payer of claims. Medicaid, on the other hand, is jointly funded by the federal government and each state government. So, although it’s a form of government-funded health coverage, the funding comes from two sources rather than one.

Universal coverage refers to a health care system where every individual has health coverage. To date, there are no less 32 countries with some for some form of universal health coverage. In Canada, for instance, there are no uninsured Canadian citizens; their government-run system provides universal coverage. BTW: Canada’s government-run system does not provide coverage to undocumented immigrants, which apparently worries some Americans who would prefer to watch illegal immigrants die in the streets than offer them any kind of health assistance. So much for Christian values.

Finally, there is something called „socialized medicine“ which really scares the pants off lots of people in America. In fact, the U.S. Veterans Administration (VA) is already a good example of socialized medicine because the government not only pays for the healthcare but operates the hospitals and employs the medical staff. In Great Britain, the NHS, or National Health Service, works that way. It is often criticized for inefficiency, but in fact it works in so far as everyone in the United Kingdom can simply make an appointment and be treated with no questions asked (and no bills to pay). This is, of course, because everybody has already paid their premiums in the form of taxes.

Where I used to live in Germany, there is universal coverage but no single-payer system. Instead, everyone in Germany is required by law to have health insurance through their employer who automatically enrolls you in one of more than 100 non-profit „sickness funds,“ jointly paid for by employees and employers.

Alternatively, there are private health insurance plans available that offer benefits like single rooms in hospitals and the right to be treated by the head physician, but only about 11 percent of German residents choose them because they can be very expensive.

Some experts have suggested that in the United States, government should fund a safety net for the sick and poor (sort of a deluxe version of Medicaid expansion) while requiring those who are more fortunate health-wise and financially to purchase their own policies. Theoretically, this would mean a national single-payer system without universal health coverage; given the political gridlock in America this is unlikely to happen anytime soon.

My bet is that the U.S. will eventually wind up with some kind of „Medicare for all“, which would at least be a lot better than today’s dysfunctional system. In 2017, according to the U.S. Census Bureau, 28.5 million Americans were without any kind of health insurance at all. Yes, that’s lots better than the 46.6 million who had been uninsured before Obamacare was introduced, but it still means that the healthcare system in United States, while remaining the most expensive in the world, continues to lag far behind the rest of developed countries in terms medical assistance provided to its citizens.