What are the origins of port wine? 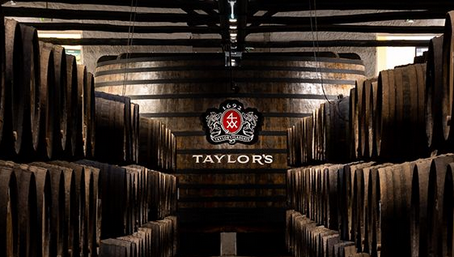 Strabo , the great geographer of ancient Greece, wrote that inhabitants of the north west of the Iberian Peninsula were already drinking wine two thousand years before the birth of Christ. By the 10th century BCE, the Phoenicians introduced new grape varieties and winemaking techniques to the area. By the time the Romans arrived in southern Portugal the growing of vines and wine making were already part of the culture of Alentejo. In fact, they named the province Lusitania after Lusus the son of the wine god Bacchus. When the Kingdom of Portugal was founded in 1143, wine become an important export and a vital source of tax revenue for the royal house.

In 1386 the Treaty of Windsor had established a close political, military and commercial alliance between England and Portugal. and many English merchants settled in Portugal. By the second half of the 15th century a significant amount of Portuguese wine was being exported to England, often in exchange for salt cod known in Portuguese as bacalhau.

In medieval times, the centre of the wine business was not Oporto, as it later became, but the northern coastal town of Viana do Castelo  whose situation on the broad estuary of the Lima River made it a reliable natural harbour. The wine they exported was mostly so-called ‘red Portugal’, the light, acidic wine produced nearby in the Minho region. However, most wines that were being drunk in England at the time came from France and especially from southwestern France, which belonged to England under the Plantagenets (1154 to 1485) after the marriage between Henry II („Henry Curtmantle”) and Eleanor, Duchess of Aquitaine.

However, in 1667 Louis XIV began to restrict the import of English goods into France, causing Charles II of England to retaliate by forbidding the import of French wines, so the wine merchants of Bordeaux and Anjou had to look around for alternate sources of supply. In the meantime, the English had developed a taste for stronger wines than the thin stuff supplied by Portugal, so they turned instead to the more robust, full bodied wines from the steep and rocky hillsides of the upper Douro Valley, the hot, arid inland region behind the Marão mountains where Port is made today.

By the 18th century, Oporto had established itself as the port of choice for English traders, but the longer journey from from Douro Valley to Porto and then to England posed a problem. To preserve the wines, merchants began to fortify them by adding brandy. Today, the wine is fortified by adding brandy during fermentation and not after aging.

Over time, this „wine from Oporto“, or Port Wine for short, became the most popular tipple in England. The volume  of Port Wine imported by the United Kingdom today has been relatively stable in recent years and totalled 1,034,209 nine-litre cases in 2017 worth more than €50 million.