“What is the best flavored wine?” 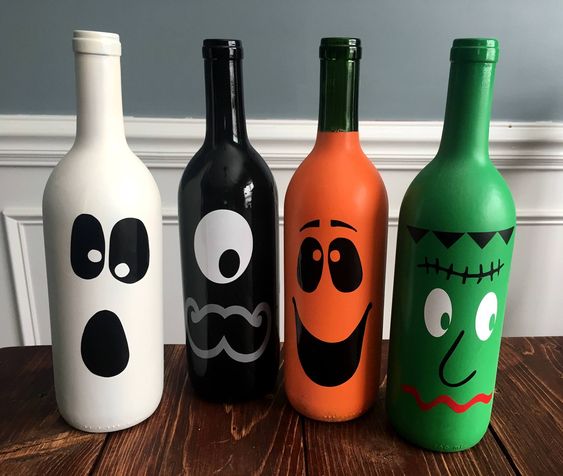 There are two ways to answer this question which I found on Quora. Presumably, the writer didn’t really mean “which wine tastes best”. That would simply be a matter of taste.

I prefer to read the question as “What is the best wine to which other flavors have been added”, which makes more sense.

Personally, I love Retsina, a dry white wine from Greece to which tree resin is added, sometimes more, sometimes less. This has been done since ancient times as a means of preservation. Yes, it’s an acquired taste, but nothing beats a well-cooked moussaka or a rabbit stifada with a glass of ice-cold, home-made Retsina that always reminds me of the pine woods above Chora Sfakion on Crete.

Other ways of aromatizing wine were used in ancient times, for instance in Mesopotamia, Greece, and in ancient Rome, with honey, herbs and spices leading the list. This was done mostly for medicinal reasons, but people obviously got used to the taste after a while, and some preferred these wines, as we know from contemporary sources.

Today, there are lots of examples of wines that have been altered to make them taste better or at least differently. Probably the best-known is Vermouth, which was invented in 1786 by Antonio Carpano, a wine producer in Piemonte. He used wormwood, which gives the wine a rich aromatic taste with a slightly bitter aftertaste, much loved by Dry Martini aficionados. The Law 108 of the Italian civil code, passed in 1950, stipulates that wormwood must be the main ingredient in Vermouth, but chamomile, sweet balm, sage, thyme, elderberry, fennel, orange peel and star aniseed may also be used. Carpano Antica Formula Vermouth is still available today. It is made with red wine, as were all Vermouths until 1913, when the first white Vermouth was put on the market. Of course, the wines made by the firm of Martini & Rossi in Milano since 1863 are now the best-known exponents; their names have become virtually synonymous with Vermouth.

Another interesting flavored wine also hails from Northern Italy. It’s called Barolo Chinato, and as the name implies, it is based on Barolo wine to which pure alcohol, sugar, various herbs and cinchona bark (also known as Peruvian or China bark) is added as a specific against malaria and other fevers. The taste of Barolo Chinato has been described as tangy, intensive and persistent, and it goes well with desserts like chocolate cake (probably the only wine that can be paired with chocolate!) It is usually drunk as an aperitif or after dinner to help with digestion.

In modern-day oenology, there are dozens of ways of altering a wine’s taste, either to produce a desired effect or to make an otherwise undrinkable plunk palatable. In the trade, this is sometimes referred to as “wine tuning”.

Special enzymes can be used to clarify a muddy wine or to enhance its natural color. In wines like riesling, gewurztraminer or muscatel other enzymes are used to boost certain desired aromas such as bergamot or citrus which normally require long maturing before they become noticeable.

Winemakers have been using lime to reduce the acidity of their products for decades, and American vintners grind up old wine casks because adding the sawdust to the wine is a fast way of quickly creating the „woody“ note for an otherwise mediocre Chardonnay of Cabernet. Adding gelatin crystals is a good way of getting rid of excessive tannins, which produce that dentisty numbnuess in the palate. Talking of which, the addition of Gum arabic, also known as acacia gum, gives the wine a „rounder“ feel.

Among wine lovers, much fuss has been made about so-called „Frankenwines“. These are not to be confused with the excellent white wines from the Main river valley in Northern Bavaria called „Franken“, but instead denote wines that have been manufactured in a laboratory, often without any grapes at all involved.

In 2018, the New York Times ran an article describing how a clone concocted by a company that takes cheap ordinaire and adds essences and grace notes to make it resemble something grander fooled a group of professional sommeliers. And a Colorado company Replica Wine makes its living copying popular U.S. wines such as The Prisoner. It cheerfully markets them in competition with the originals at half the price, using cheeky names such as Knockoff and Pickpocket.

As for the other way of interpreting your question: I agree that the “best flavored wine” is the one you like best. Enjoy!