What Price the Road? 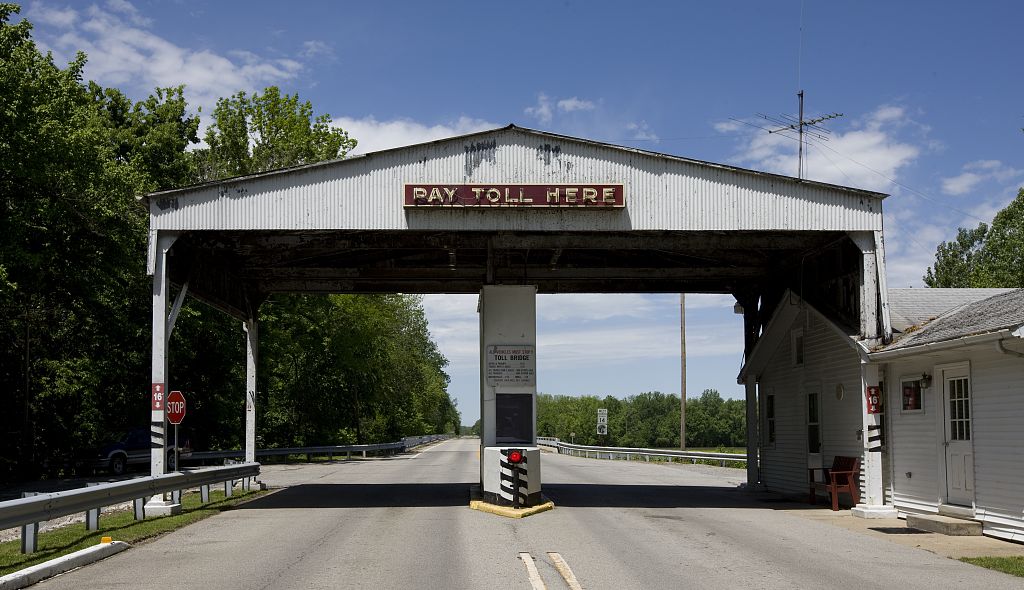 Toll systems in use around the world are hopelessly stuck in the analog age. By using intelligent IoT-based metering governments just might be able to keep pace with rising numbers of vehicles as ride-sharing and electric cars take off.

Toll roads go back a long way and have existed for at least the last 2,700 years. Records show that tolls had to be paid by travelers using the Susa–Babylon highway under the Assyrian regime of King Ashurbanipal, who reigned in the 7th century BC. In 14th century England, some of the most heavily used roads were repaired with money raised from pavage grants, a toll for the maintenance or improvement of a road.

In early US history, many individual citizens would maintain nearby stretches of road and collect a fee from people who used them. Eventually, companies were formed to build, improve and maintain a particular section of roadway, and tolls were collected to finance the enterprise. These private ‘turnpikes’ were business corporations that built and maintained a road for the right to collect fees from travelers. Turnpikes left important social and political imprints on the communities that created and supported them, but they seldom turned a profit.

There were three especially important episodes of toll road construction: the turnpike era of the Eastern United States from 1792 to 1845, the plank road boom 1847 to 1853, and the toll road of the Far West between 1850 and 1902. Political sentiment eventually turned against them, and the Federal Highway Act of 1916 barred the use of tolls on highways receiving federal money.

The prominence of the toll model increased with the rise of the automobile, and many modern tollways all over the world charge fees for motor vehicles exclusively.

In recent years, tolls have been used as way to ease traffic jams in inner cities. In 2003 Ken Livingstone, then London’s mayor, introduced a system called the Congestion Charge Zone (CCZ). Motorists pay at least £11.50 a day ($15.20) to drive into the center of town. At first, the system seemed to work wonderfully: the number of cars entering central London fell by almost a quarter, but since about 2012 the numbers have been creeping up again. One reason is that delivery trucks and taxis are clocking up more miles within the zone. Another is the spread of bus lanes reserved for public transport – especially the famous red London double-deckers. Today, more time is being lost to gridlock than before the introduction of the CCZ. According to a report in the business magazine The Economist, the average vehicle speed in central London fell from 32kph in 2013 to 28.5kph in 2016.

As a result, London is currently searching for a more radical solution for congestion control. In January the London Assembly called for municipal authorities to develop a system of road-pricing that varies according to when, where, and how long motorists drive in the city.

The idea of selling time on the streets isn’t really new: Singapore already has the world’s most comprehensive road-pricing system which is camera-based. It plans to introduce a new GPS-based one in 2020. The system will use built-in global positioning systems (GPS) in cars as well as smartphone signals to charge motorists more precisely. The Singapore experiment is being watched by many authorities all over the world, with California and Oregon already in trials of similar setups.

As The Economist notes, it’s not just about frayed nerves and lost time on the way home. ”Using prices to ration a scarce resource, such as space on busy roads at busy times, makes sense”, remarked the authors of a recent article on congestion avoidance (Jam Every Day). Those who consume goods should pay for them, they argue. And the belief that road-pricing is more efficient than the typical indirect ways drivers are charged for imposing costs on others, such as through taxes on fuel and on car ownership. Taxing cars or fuel doesn’t stop motorists from driving in congested conditions, which causes extra pollution and crimps productivity by delaying workers and deliveries, disrupting supply chains. Although congestion zones help, these are blunt instruments. Road pricing could be adjusted to penalize traffic flows during rush hours and offer incentives to drive during off times instead – and the systems could be designed to work in real time.

Taxes are unpopular, no matter what purpose they serve. Average drivers would much rather ‘pay’ by queuing than through road-pricing. The Netherlands hoped to run a 60,000-vehicle trial of road-pricing in 2011, on the way to a nationwide scheme, but opposition politicians and motoring organizations fought so hard that the plans were dropped.

Governments need to bring their systems into the digital age anyway, because one of the major reasons congestion in inner cities is growing is due to the huge success of ride-hailing and ride-sharing models spawned by the internet and IoT. Drivers for Uber and their ilk can ride around all day inside London’s CCZ picking up fares, but are only charged once. Typical commuters, on the other hand, usually only use their cars twice a day, once to get to work in the morning and again in the evenings to drive home.

And it can only get worse. Self-driving cars are set to join the stream of vehicles moving in, out and around the most congested areas in the next couple of years. Most scenarios forecast a decline in direct car ownership as a result, with people preferring to call up a driverless car from Uber or others, which means that the number of car owners to tax will probably decrease as well. Even today, private-hire vehicles make up 38% of car traffic in central London, almost double the share of traditional black taxis.

Economists point out that the electric vehicles of the future will further lower governments’ tax revenues. Electric vehicles pay no fuel taxes, and at least today they are often granted generous government subsidies. On the other hand, the call is out for authorities to help finance the necessary infrastructure for e-mobiles, such as charging stations.

A growing number of experts are calling for a way to pay the costs of car use that would be fairer than taxing fuel and ownership. Instead, they argue, governments should institute a general road-usage tax for all: a per-mile charge that would vary depending on the vehicle’s weight and how much pollution it emits. Owners of big, gas-guzzling SUVs, for instance, would pay proportionately more than someone with a lowly Fiat Panda. Charges could also be adjusted so that owners of vehicles in densely populated areas pay more than suburb dwellers.

Technology will play a central role in the introduction of road-pricing. As in any area of technology, prices will fall as systems mature and become more commonplace. Smartphones are ubiquitous today even in countries like Bangladesh or Brazil, where traffic congestion already reaches nightmarish levels today and can only get worse. As automobiles and trucks increasingly become connected to the internet, it will become increasingly easy to track them, especially in conjunction with GPS satnav systems.

Singapore is showing the rest of the world the way here. Today, it uses paper permits to control access to a central zone that was established way back in 1975. In 2008, the city-state moved up to electronic. Every three months, toll fees are adjusted to account for average speeds, so if traffic slows down, tolls go up automatically.

In 2020, Singapore plans to introduce a completely new system that relies on GPS signals. It will adjust the amount drivers pay depending on distance, time, location and vehicle. It is hoped that this will reduce the need for camera-bearing gantries that spot vehicles driving in and out of the downtown area. It will invoice drivers in real-time, sending notifications about the amount deducted from their bank account or credit card as well as traffic information and tips about how to avoid gridlocked areas of the city.

In the United States, there are at least two major road-pricing schemes currently being implemented. By far the most ambitious is OReGO in Oregon, which kicked off in 2015 and now has around 1,500 subscribers. Drivers have devices fitted in their cars that take data from their engines’ computers. The gadgets record the amount of fuel used and the distance driven, and transmit the data via mobile networks. Motorists are charged based on how far they drive, with each mile costing 1.5 cents. This amount is then deducted from the state fuel tax each driver has paid and refunded directly.

As more and more governments start to track vehicles and the citizens inside them, concerns about data privacy are growing with leaps and bounds. Tech firms and carmakers are also competing for access to the mountains of data the drivers create. This can be used to sell them additional services based on location, the condition of the vehicle itself (by using sensors to suggest when it’s time to head for the next garage) or how they drive. The latter will play a key role in creating the algorithms that will steer driverless cars in the future.

In the US, the American Civil Liberties Union (ACLU) has voiced concerns in the past about the Oregon project and others. They worry about data being leaked or stolen. In Europe, EU Commissioner Günther Oettinger pointed out in an interview with Smart Industry that in Europe, as well as in the States, it is far from clear to whom the data generated by “smart cars” actually belongs – the car’s owner or its manufacturer?

Clearing this up is possible. The Economist states: “Once motorists have become used to the idea of paying for the road space they take up, rates could be tweaked to account for the noise, pollution and the risk of collisions in each location”.

*This article originally appeard in the latest edition of Smart Industry – the IoT Business Magazin, which I have the honor to edit.