Why Apple is dying and why I’m glad 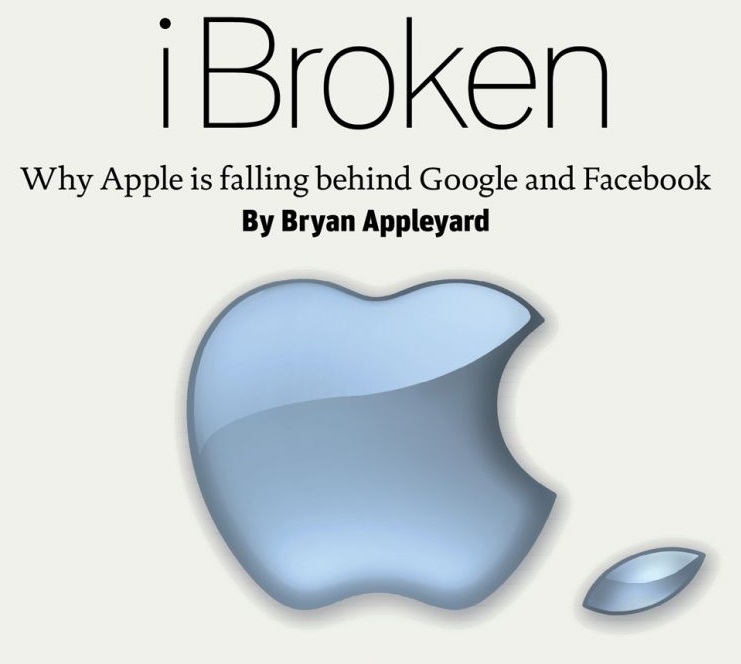 This post was originally written in German, but my Facebook friend Marc Labitzky (who says he’s „still a 100% Apple fan) asked me to translate it so could show it to a few people he knows at Apple. Enjoy, guys!

Seldom has a post of mine on Facebook caused as much controversy as my comment about the future of Apple. Of course, we all know Apple isn’t a company but a religion, at least for anybody who believes in the second coming of Steve Jobs. My text was actually just a reaction to an answer Scott Entwhistle posted on Quora to the question: “Is Apple dying?” Isn’t it fun to watch discussions like this snake their way around the Social Web?

Scott has worked for quite a while as an Apple salesman, and he still describes himself as a fan. However, his analysis was precise and to the point: “If by dying you mean no longer innovating, then I think yes, they are dying.”

He followed this up by listing several missteps Apple has allegedly made since the death of the Messias – sorry, I mean of SJ. And he sums it up nicely: „The more and more products they release with fewer and fewer improvements, the more I think they just don’t really understand what consumers want anymore.”

Apple never gave a damn about their customers and what they want. They have always done whatever their engineers pleased, and if you didn’t like it, you could just take a hike.

Which brings me around to my own personal reverse-conversion experience with Apple, namely the day I swore never again to buy a product carrying the Apple brand.

Before that, I too was a card-carrying member of the Apple cult. It was back in 1994, and I was the proud owner of the most beautiful laptop ever built, at least then, namely the PowerBook Duo. It was a wonderful piece of engineering, flat as a flounder and bursting with gray plastic understatement. We Duoists carried it around like a trophy under our arms, and if we met somewhere on the street or in an airport we would grin at each other with pride and commiseration for those lesser fortunate people who had to lug around something inferior.

The Duo was a true minimalist. It lacked both a CD drive and a row of connectors. Instead, you had to buy a docking station where a tiny Asian guy lived whose job it was to grab the Duo and make it disappear into the housing. No, it wasn’t exactly cheap. In fact, a Duo with all the paraphernalia could set you back a cool 5,000 Marks or so. But hey, we were the elite!

Yes, that’s how Apple can get into your head if you fall for their gospel. I know. I was there.

And then came the day when Apple announced a new update for its operating system OS7. No, it wasn’t a big generation change or anything; just a routine move to, I think, version 7.4 or 7.5.

But it was important to have the current version because some programs and peripherals wouldn’t work else. So I called the Apple hotline and got to talk to a friendly young man who asked me how he could be of assistance. This led to the following dialogue:

Him: „No problem. What kind of machine do you have?“

The young man probably noticed I was upset, so he tried to sweeten the pill with a little joke:

Him: “That’s okay. You can always use it as a paperweight…”

That, by the way, was the day I went out and bought my first Windows laptop. I haven’t looked back in a quarter of a century.

What I mean to say is that this is Apple all over. They do their thing, regardless of the consequences. And they keep getting away with it, at least if there are still dupes out there who continue to believe passionately in the myth and who are willing to bend over backwards to adapt to whatever Apple sets before them instead of the other way around. People who never complain when they are forced by Apple to throw away all the cables and accessories they have purchased over time and buy it all again. After all,  Apple means progress, doesn’t it?

Scott Entwistle nails this down quite well when he writes, “The vast majority of the things they do are incremental updates and quite honestly, has the feeling of someone poking in the dark to see if something sticks. No more Steve Jobs forcing a feature that nobody cares about just to find out we all love it, just a company floundering for something that nobody is quite sure of anymore.”

One of my Facebook friends, Oliver Marquard, who calls himself a „marketing philosopher“, put it more drastically when he commented on my post: “Apple is a toxic brand that hides behind chic products, and that deserve to be purged from the market.” I get his point…

Let’s wait an see. Even if they never sell another product Apple still has enough money in the bank to keep on running the company for four or five years. And who knows? Maybe SJ will descend from the heavens and bring us love, peace and iHarmony.

Full disclosure: Three or four years ago my resolve weakened and I bought an iPad just to see what everybody was so excited about. I still have it, but it keeps getting slower and s´lower to the point where I can hardly use it anymore. Apple is often  accused of building “planned obsolescense” into the products. It wouldn’t surprise me one bit!