Why video game nuts are really quite peaceful 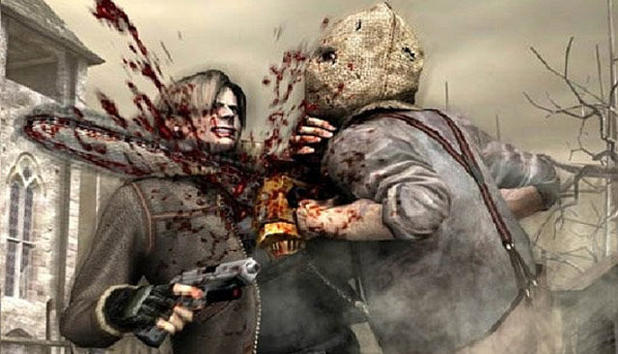 Getting it out of their systems

A popular scare topic for digital pessimists as well as for the classical news media is the supposed brutalization of the young generation. We are falling back into barbarism, they say, and its all the fault of shoot-em-up games, violent videos and of course the Internet. No wonder kids steal their dad’s guns and go on a rampage, like James Eagan Holmes who shot 12 kids at a school in Aurora, Colorado, in 2014, or Anders Behring Breivik who murdered 69 teenagers aged 14-19 at the Norwegian island of Utoya in 2011.

Not that this form of mass paranoia is new. In our childhoods commics were seen by our parents as the root of all evil, especially the really gory ones. Young people, our elders believed, were certain to evolve into mindless monsters. But unfortunately for the preachers of doom there are no facts to back it up. Instead, juvenile violence in the 50ies and 60ies was in steep decline, as official statistics prove.

Today newspapers and TV channels are full of stories about mass killers and of youth gangs beating up innocent bystanders in subway stations while dozens of commuters stand by and watch. Clearly, at least Joe Public thinks so, the propensity for violence among young people is on the rise today, especially those with migration backgrounds.

In fact violent crime among adolescents in Germany has been in decline at least since 2008. According ti a press release by the German Federal Police, this „is especially so in the 14 to 18 year-old age group where the number of suspects in cases involving violence crimes has fallen by almost 9 percent … while those involving grievous bodily harm have gone down by 9.4 percent.” Prof. Dr. Christian Pfeiffer, head of the Criminological Research Center in Lower Saxony, this is due to a large part to changing adult behavour: Since paddling junior’s behind (not to mention the flat-out slap to the cheek, or „Ohrfeige“ has been ostracized as a pubishable offense, domestic violence against children has become much rarer, which in turn has effected the way kids themselves behave in general.

In 2008, a pair of economists, Gordon Dahl and Stefano Della Vigna, published a paper in the findings of the National Bureau for Economic Research entitled Does Movie Violence Increase Violent Crime? in which they found that violent crime decreases on days with larger theater audiences for violent movies. They explain this explained by the self-selection of violent individuals into violent movie attendance, leading to a substitution away from more volatile activities. In other words, instead of prowling the streets looking for trouble, these kids are sitting in movie theaters eating popcorn and drinking soda while watching celluloid brutes beating and shooting each other.

My friend Norbert Bolz, who is a professor at the Technical University of Berlin, believes that playing digital games is the “high road to the digital future”. In his view, media competency is won but by reading manuals but by having fun with programs. “Each sense of achievement marks a new border crossed in human-machine interaction“, he believes. „Only those who know how to play with a computer can hope to use them as tools – and have fun at the same time.”