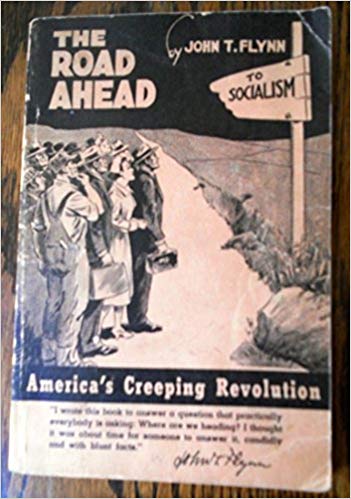 The road to the Digital Society is paved less with good intentions and more with bad predictions. Experts and pundits are famous for getting it all wrong, so we should all be very careful whose hype we believe and whose roadmap to the future we follow.

One of the first false prophets was Pablo Picasso (1881-1973)who once said of computers that they are “completely useless – all they can do is give answers”. Was the famous abstract painter, like the Delphic oracles before him, perhaps hiding a tiny kernel of truth inside his ambiguous augury? Unlikely that Ken Olsen, the founder of Digital Equipment Corporation, was being equally suttle when he expounded that “there is no reason anyone would want a computer in their home.” IBM, incidentally, had just released the first PC, kicking off the era of true personal computing. Well, DEC soon sank beneath the waves without a trace, so there!

Thomas Watson, the legendary president of IBM, is often quoted with what would appear to be the grandfather of all blobs when he said, ““I think there is a world market for maybe five computers.“ Actually, Watson had just come back from a sales tour where he showed off the company’s latest vacuum-tube-powered adding machine that was as big as a house, and the home market for one of those babies would presumably have been extremely limited, indeed!

In hindsight, it’s really funny how often the world’s most savvy tech entrepreneur, Bill Gates, got it all wrong and still came out the richest man in the world. The founder of Microsoft, a company which owes its success to personal computers (and the operating systems running on them), went on stage at Comdex 1994 and proclaimed: „I see little commercial potential for the internet for the next 10 years!“ A year later, in his „The Road Ahead,“ Gates would make one of his most well-known blunders: He wrote that the internet was a novelty that would eventually make way to something much better, and that „today’s Internet is not the information highway I imagine, although you can think of it as the beginning of the highway.“ This, by the way, was one year after the World Wide Web had been formally launched.

I was personally involved in one of Billy’s famous flubs. When I asked him (in an interview for the German edition of Scientific American) back in 1985 what he believed the “next big thing” in computing would be, the then 30 year-old Gates stared me in the face and answered firmly: “voice!” He then went on to describe a world in which computers would understand spoken commands and respond by, for instance, reading out e-mails for us.” When I asked him how long it would take for this to happen, he answered evasively: “You see, voice is tricky. It might take another three to five years.”

Well, he was only off by about two decades. And his prediction is coming right in the end, with voice bots like Apples Siri, Amazons Alexa and Microsoft’s own Cortana actually speaking up and listening. And his successor at the helm Microsoft, Satya Nadella, himself recently made a daring prediction by stating that “conversations are the new platform”, making input devices such as the keyboard or mouse obsolete in just  few years from now.

Less often quoted, but possibly more relevant to the future of the Digital Society could prove to be a prediction Gates made in 1995 when asked by a journalist how he thought his company’s chances were in the case brought against it by the Justice Department alleging that Microsoft was using its market-domineering power for force PC makers to bundle their own web browser, Internet Explorer, with their machines to the exclusion of their biggest competitor, Netscape, and other browsers, Bill dismissed the whole thing by saying: “This whole anti-trust thing will blow over.”

In fact, it didn’t. Microsoft lost the first round in 2001, with the presiding judge ordering the company’s breakup. This “structural solution” (to use antitrust lingo) was later overturned on appeal, largely because under US law being a monopoly per se isn’t illegal, but only after Microsoft agreed to a few agreeing to a series of “behavioral remedies” including appointing a panel with full access to the company’s source code, records, and systems and to essentially hand over its crown jewels by publishing the source code for its Internet Explorer browser. If effect, Microsoft managed to wiggle out in America, but European regulators were so disappointed with the U.S. government’s backdown that in 2013, the EU Commission levied what was then the largest fine ever announced against a tech company, namely €561 million!

Which just goes to show us (and the big Internet companies) that, like the rustlers and gunslingers of the Wild Wild West, no one can hope to escape the long arm of the law forever.