So who was Jesus really? 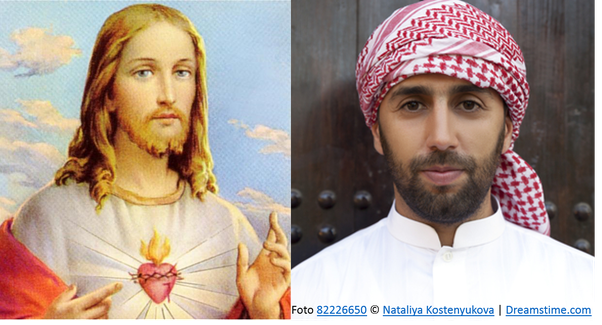 Will the real Jesus please stand up?

It’s Christmas, and despite Corona, the supermarket loudspeakers remind us of the „little child with curly hair; blond infant gaze at you from the mangers with big blue eyes.

We simply do not know. In fact, we know nothing at all about the historical person Jesus – not even whether he really existed. The oldest written mentions of Jesus come from long after his death. He first appears in St. Paul’s letters, written between 20 and 30 years after the crucifixion. St. Paul, however, did not know Jesus personally.

A few decades later, the New Testament Gospels were written, which may contain some first-hand accounts, but this is disputed. Very few experts consider them strictly historical.

The Pharisaic historian Flavius Josephus, in his work Jewish Antiquities around the year 93, in an account of the execution of James, rather casually referred to him as the „brother of Jesus who is called Christ.“

Two decades later, the Romans Pliny and Tacitus also wrote about Jesus; the latter stated that the founder of the Christian sect was executed during the reign of Emperor Tiberius, when Pontius Pilate ruled in Judea.

That’s it! That’s the sum total of historical evidence about the biblical Jesus. Everything else is hearsay.

What we do know is that Jesus was a Palestinian and a Jew, so odd are he was black-haired, with a swarthy complexion, strong facial growth and deep-set dark eyes. Extremely unlikely, then, that he was straw blond as a crib baby.

We know that he came from an immigrant refugee background. His parents fled from Egypt and were considered highly undesirable in Israel. Hence their problems finding a shelter, so they had to make do with a stable. Good there wasn’t a wall…

We know that he was conceived illegitimately, if not out of wedlock altogether. It doesn’t matter whether God had sex with Mary or not: in any case, her husband Joseph was not the father of his child!

We know that Jesus was later a radical social reformist, who stood up for the poor and oppressed, preached an early form of communism and was nailed to the cross by the authorities for causing troubles.

The early Christian communities practiced what is now known among religious scholars as „Christian communism„. It was based on the concept of koinonia, which means common or shared life. It was not an economic doctrine, but an expression of agape (love), that is, the voluntary sharing of goods in community.

Acts 4:35 states that in the early church in Jerusalem, „no one claimed that any of his possessions belonged to him, but shared everything in common,“ which was probably a means for early Christians to survive after the destruction of Jerusalem, although this pattern would later disappear from church history, except in monasticism.

Christian socialism was one of the founding ideas of the British Labour Party and is said to have been associated with the uprising of Wat Tyler and John Ball in the 14th century.

Thomas Müntzer led a large communist Anabaptist movement in 16th century Germany during the German Peasants‘ War, which Friedrich Engels analyzed in The Peasants‘ War in Germany. The Marxist ethos of unity reflects the Christian universalist teaching that humanity is one and that there is only one God who makes no distinction between people.

I think it would be worthwhile to use the forced pause for this feast to reflect on what Jesus – if he existed – wanted and what we have made of his teachings.

In this spirit, I wish you a contemplative Christmas!