How Many German Languages Are There, Anyway? 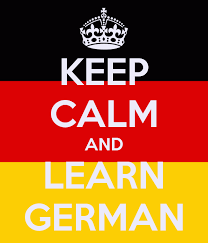 Americans and Britons, as George Bernard Shaw famously said, are two peoples separated by a common language. If so, then the same goes for Germans – except there are hundreds of different languages to choose from. On the North Sea coast, German sounds like English (or maybe Dutch), whereas in Soelden, a remote Alpine valley my wife hails from, they still speak a version of ancient Bavarian that was spoken in Southern Germany 500 years ago and is utterly incomprehensible to anyone else – but it’s still a kind of German! Sometimes, dialects can vary hugely from one village to the next.

Broadly speaking, there are six major languages that together comprise German, each being the language spoken by one of the major tribes that migrated during the “Völkerwanderung” (“migration of the peoples”) after the collapse of the Roman Empire ca. 400 AD, namely the Alamanni, the Bajuwars, the Franks, the Friesians, the Saxons, the Swabians and the Thuringians. To make things more complicated, there are also a number of “lungiostic island” that stem from the fact that parts of Germany were settled by people who spoke completely different tongues, such as Serbs, Slavs, Flemish.

Charlemagne succeeded in uniting most of the German-speaking tribes around 900 AD, but not all, and so in places like Luxembourg or Switzerland they still speak a version of German, but ones that are almost incomprehensible to mainstream Germans.

The biggest difference is in what linguists call the “Lautverschiebung” (“sound shift”) between north and south, in which for instance “f” becomes “p” (schafen →schlapen, Schiff →Schipp)), “t” becomes “d” (Tag→ Dag) and “ch” becomes “k” (ich or ech→ik or ek). These shifts generally follow the Uerdinger or Benrather Line that run from east to west at about the height of Hanover.

“High German” is the result of Martin Luther’s attempt to translate the bible into German – only which German? Since he was hiding under the protection of the (protestant) Elector Friedrich III of Saxony at Wartburg Castle, and he liked to spend the evenings hoisting a few with the locals at a tavern in nearby Eisenach, he decided to follow the local dialect for the most part. This he called “dem Volke aufs Maul schauen” (to watch the mouths of the locals), and so the first major book to appear and be widely read in Germany happened to be in the dialect of Eisenach, which today is part of Thuringia. This kind of High German is about as authentic as the “Queens English” you can hear on BBC, but it is useful as a lingua franca for all “German-speaking” regions.

I myself moved to Germany when I was eleven, and I had to concentrate in school on learning High German, so I never really got to speak the local dialect as a kid. However, when I moves to Stuttgart in the 70ies I picked up a lot of Swabian, which most other Germans detest, but that I love, and whenever I’m in company with Swabians I can shift back and forth from high to “low“ (dialect) at will. My wife and her sister both speak “Soelderisch”, which BTW has been given protected status by UNESCO as part of our  world heritage, and if they don’t want me to understand what they’re saying they just start talking in their own dialect.

Personally, I would recommend learning High German first and asking people who speak dialect to simply translate for you.