How to Make Data Smarter 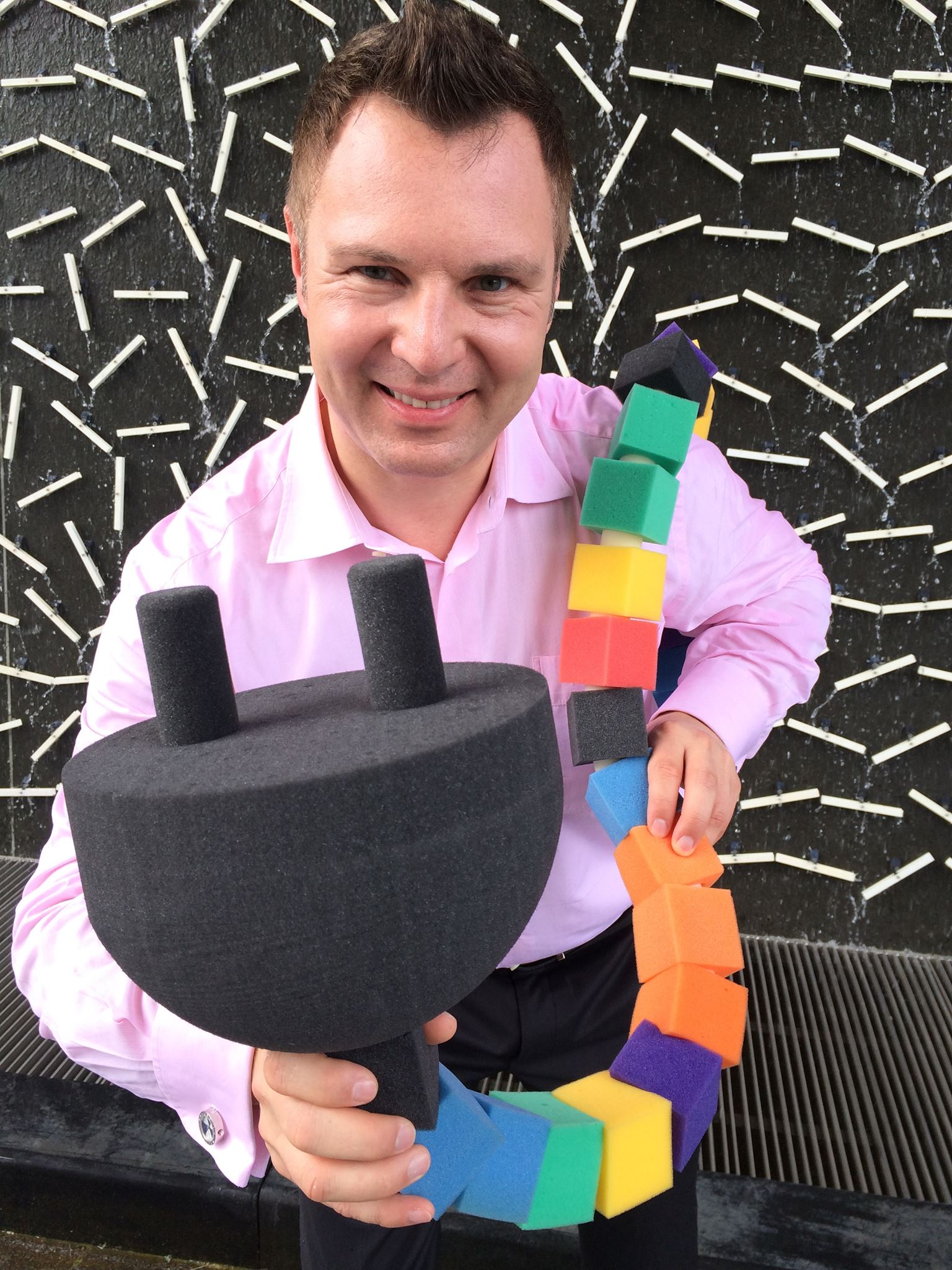 Plug into the future!

Hardly anyone still remembers the Dotcom Bust of 2001, but with Michael Mohr, the memories still rankle. Flush with cash from going public with his successful startup DCI, a company specializing in trade databases, he suffered, like many others, when the bottom fell out of the stock market. But unlike thousands of others, he managed to survive, and now he’s back to settle the score.

In the meantime, he has been anything but idle. His company, DCI AG, is still listed on German stock exchanges, and it operates subsidiaries in Hanoi and Shanghai, where busy programmers are hard at work creating the “The Plug”, as he calls it. Actually, the wall plug he proudly drapes around his shoulder for photo ops is just a symbol for what he describes as “plugging into the world of Cloud Content”. His goal, he maintains, is to link every company database in the world through a “meta-level” in which products and services can be described in a common language, thus ending the “techno-bable” that causes endless confusion and loss of sales.

Today, every manufacturer has its own system of product and serial numbers as well as its own nomenclature to describe what the product does and how it works. This information is constantly being updated internally as new product releases appear or often very minor modifications are made, but this information seldom makes it out into the real world, where the product may already be listed in hundreds of webshops and online marketplaces. As a result, potential customers are often misled by outdated or non-existent product information which can be a real drag on sales.

“Getting manufacturers to agree on a common system to describe their stuff is the task of Sisyphus”, Mohr maintains. So instead he decided to plug everybody into a system that acts as a mediator between manufacturers, vendors and customers. “Every time a new picture of a given product is stored in the company database, it is automatically updated all over the Web”, he describes the way his new company, called Pluglio, operates. The ultimate goal, he says, is to “make data smarter”.

Right now, Pluglio is still very much Mohr’s dream child, although the technology behind it is ready and working. Remember all those little Vietnamese programmers? What is lacking is the worldwide organization and the funding to maintain it. Mohr envisions the Plug as a universally recognized symbol stating that the information you are about to access is updated regularly. In fact, clicking on the plug will take consumers directly to the manufacturer’s database, which for Mohr is the fount of all real knowledge about a product. And while the system relieves vendors of the need (and cost) of updating the information about the products they sell, manufacturers get something they have dreamed of for years but never were able to achieve, namely a direct line to the consumer. Anyone signing up to use the Pulglio app needs to register, which opens the exciting possibility of Pluglio one day becoming a universally accepted form of personal ID, a kind of digital driver’s license. “That is a distinct possibility”, Mohr believes, “but it’s a second step.”

The first one is to get enough investors excited about the idea to float Pluglio stock in the U.S. and on European stock exchanges. Mohr spends most of his time between Munich, where his company is based on the shores of lovely Starnberg Lake, and Silicon Valley where he is constantly polishing doorknobs at major investment banks and venture capital companies, with the occasional side trip to Hanoi to make sure his code writers are doing their job.

In fact, he’s no mean techie himself, having started out in 1984 by founding a research group dedicated to industrial automation, so he can show the programmers a trick or two. But the idea of connecting the world of business by getting them to plug into his system is so exciting that he seldom has time to sit down at his computer and write code. He’s too busy plugging the Plug.