The fear of freedom 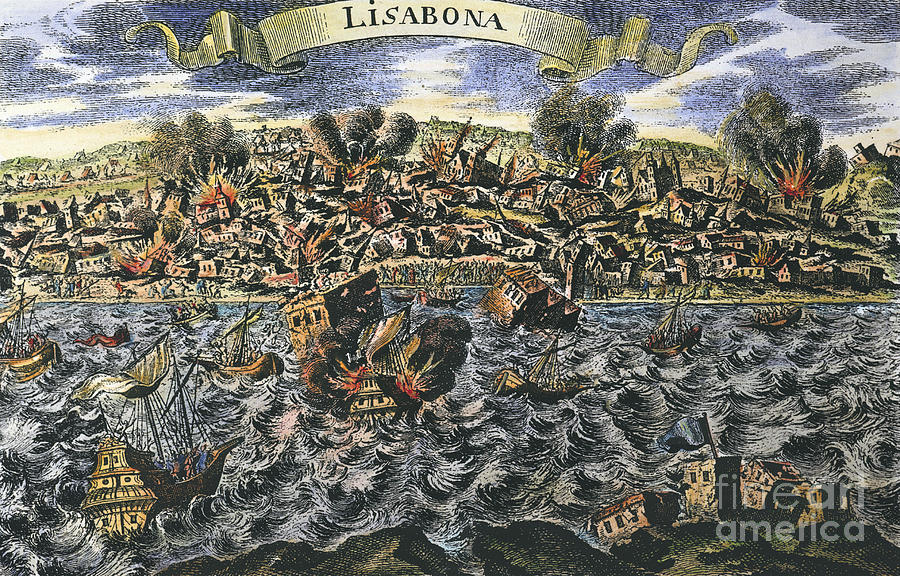 Historians of the 21st century may well date the beginning of Digital Enlightenment from the collapse of the Twin Towers in Manhattan which have had a truly earth-shaking effect, upsetting Western civilizations belief in one of our most basic human freedoms, the right to free communication. Just so, the Great Earthquake of Lisbon in 1755 shook society’s belief in divine providence, thus contributing to the subsequent era of European Enlightenment.

Just how sharply this „Earthquake of Manhattan“ has changed the United States is evident if you look at the very different reactions on both sides of the Atlantic to “NSAgate”, namely the global surveillance disclosures by the ex-NSA contractor Edward Snowdon. While Europeans were shocked, in America even liberal commentators such as Thomas Friedman (author of The World is Flat) felt compelled to state in a column for the New York Times that he, personally, would be glad to sacrifice his right to privacy if it would keep him from becoming the victim of a second 9/11. Right-wing political analysts like Ralph Manning even went so far as to demand the death penalty for Snowdons “act of treason”.

Behind these scary rantings lies a cunning logic: Since terrorists, too, use the anonymity of the Internet to disguise their devious dealings, spy agencies and law enforcement officials need to know everything that goes on in cyberspace including illegal or quasi-legal snooping on the private conversations of millions of citizens both abroad and at home. As our friend Sebastian von Bomhard put it in a blog post, governments use statistical arguments to justify invasions of privacy: “What would you prefer? Should we read all your mails or would you rather watch your family die in a terrorist attack? A, B or none of the above?”

9/11 has become the most popular way to rationalize a return of the snooper state by turning the fight for human rights on its head: Instead of being ashamed of what they’re doing, these digital eavesdroppers use fear as a new angle of attack. Who will protect us from our protectors, the Roman philosopher Juvenal asked two thousand years ago. Has anything changed since?

What these intractable security experts fail to realize is that they are themselves in the process of irreversibly throwing Pandora’s Box wide open. By trying to turn back the clock on digital transparency, they are proving that there are no secrets any more. It is one of the great ironies of the digital age that it needed an Edward Snowdon and 9/11 to fully demonstrate this.

Unfortunately, this fact isn’t generally recognized yet. Instead of heeding the signs of the times, politicians persist in trying to plug the holes in the system by unleashing the brutal power of the state on those who, like Edward Snowdon, have dared to turn the light on their sinister machinations; about as classic case of shooting the messenger as ever was.

It isn’t the short-term, knee-jerk reactions by the authorities we worry about. These were to be expected after the world-shaking events of September 11. It is the long-term shift in the balance between protections against terrorist attack on the one hand and the hard won Fourth Amendment right of free citizens to protection against unreasonable searches and seizures which applies as well to the contents of all communications, as has been repeatedly recognized by U.S. courts.

While the U.S. government persists in branding Snowdon a traitor and a criminal, citizens around the world almost universally agree that he is in fact a freedom hero. And even in the United States, a majority believes he is a legitimate whistleblower, as a survey by the Quinnipiac University in Connecticut proved in July 2013.

However, the term “whistleblower” itself is ambivalent, carrying the positive association with “informer” as well as implying the fouling of one’s own nest. According to the scientists involved in the Quinnipiac study, the former meaning was understood to apply by most participants.

But in fact things aren’t that simple. The answers to the questions posed by the researchers also revealed something that can be described as the “modern security paradox”: while most people share the desire for informational self-determination and freedom from illegal snooping, they equally want protection for themselves and their possessions. 54 percent of those surveyed felt that surveillance was necessary “to make America safer”, while 53 percent believed that the surveillance programs uncovered by Snowdon and others went too far and constituted “invasion of the privacy of American citizens”.

It is interesting to note that the dividing lines between the two opposite values do not follow traditional party orientation. It is simply not true that Republicans and Democrats are widely separated on these issues. The fear of government snoopers run amok is consistent throughout the political spectrum. Who, indeed, will protect us from our protectors?