How we wrote our book 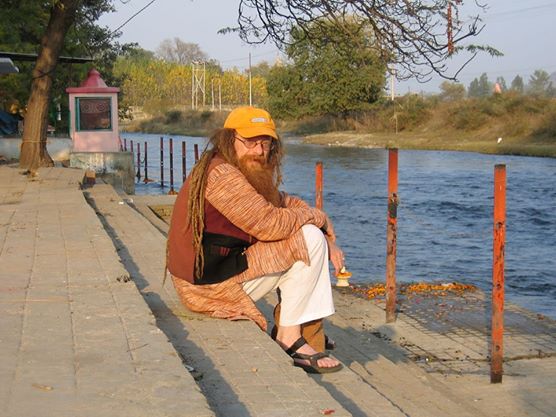 See you in the future, dude!

Today I finished translating the book „Digital Enlightenment“ that I wrote together with my great friend Ossi Urchs. This is the text of the afterword, and I had to update it a little in account of the fact that Ossi finally passed away after a heroic battle with cancer. We all miss him very much.

This book took more than 20 years for us to write. Ossi Urchs and I go back even further, all the way to the early 80ies when we both wrote for the German edition of Playboy which then was one of the most successful magazines in Germany (as indeed it was in the U.S. as well). We both belonged to the small, select group of “Edelfedern”; eloquent essayists that Fred Baumgaertl, the legendary editor-in-chief, surrounded himself with and whom he allowed to write about almost anything they liked.

Ossi was seriously into technology in general and virtual reality in particular, which was how he got to know Jaron Lanier so well. I had done a stint in hifi audio journalism and was getting involved in video gaming. Later, in the early 90ies, I became head of the “multimedia editorial group” at a large German publisher called Motor Presse, and I asked Ossi to write me an article about the mysterious new phenomenon people were staring to talk about called the „Internet”.

Ossi wrote a wonderful piece that focused mainly on the rock band “Grateful Dead” and their fans, most of whom were getting on in years by then, and who were wont to communicate with each other via computer through so-called “bulletin boards” that were cropping up all over cyberspace. In them, the aging hippies would exchange messages about their kids and grandkids, about concerts they had been to and where will we meet next time? And they also shared audio recordings of concerts by the band (with their express permission) through something called “FTP”.

I immediately got my own Internet connection and started using “FTP”, writing e-mails and doing something called “Gopher” which allowed you to see the folders on someone else’s computer. That was all there was back then. And then the World Wide Web came along, and neither Ossi nor I ever looked back.

In 1995, I began to publish what I then called my “Online Diary” (the term “blog” hadn’t been invented yet), and Ossi founded a company that built Websites for companies that wanted to get a foot in the door of this exciting new medium.

We both attended CeBIT every year, the giant German computer fair in Hanover, and we started to form the habit of sitting down at least once to a fine dinner at our favorite Italian restaurant, “Roma”, where Lino, the owner, would serve us “a few noodles”, and “a little wine” which made us feel like we were really sitting at Piazza Navona or looking out on Mount Vesuvius.

At the time, Ossi was living in the future; quite literally: He had been hired by Philip Morris to act as their “Minister for Tomorrow”, displaying his long red dreadlocks on countless billboards and in TV ads and challenging the rest of us to follow him to such thrilling places as Silicon Valley or Manhattan’s „Silicon Alley“ to find out what the future held in store.

Every year at CeBIT, while stuffing ourselves with pasta and scampi, we would talk about all the exciting things that we had learned in the course of the year. These conversations usually went on and on until Lino told us he needed to close up, and in the course of our talks we solved most of the most pressing problems of technology and of humanity. Unfortunately, given the quality and quantity of the wine Lino served us, we were never able to remember the solutions we had found with any degree of clarity. We only knew that they were great, and that neither of us would have been able to dream them up on his own; the whole, it seemed, was always greater them the sum of its parts, as Aristotle was fond of saying.

The idea of turning these ideas into a book came to us early on, but we simply didn’t have the time to sit down and start writing. Ossi was busy with his Internet company, with TV work and giving speeches all over Europe. I had recently written my first book, “Success Factor Internet”, which brought me a great number of speaking engagements, too. Our paths sometimes crossed on some stage or the other, and of course we still had our annual evening at CeBIT to look forward to, so the dialogue went on.

My editor at the company that published most of my books, Martin Janik, was the one who finally brought us together. He was very keen on the idea of publishing a book by both of us. Ossi held off initially because he was too busy, but I finally managed to convince him that if two people write a book that means each only does half the work.

How wrong I was! It turned out that creating a book that has two authors is a tricky and time-consuming proposition. There are really only two ways you can go: Either each of you writes half of the book alone, and later someone tries to figure out how to combine two very different styles of thinking and writing into a single, humongous volume; or you hark back, as we did, to our tradition of Platonic dialogue and try to create a book by discussing certain subjects, recording the conversation, creating a transcript and sending the results back and forth a few times by e-mail for editing until you finally agree on a version you both can live with.

That’s what we did, and the result is a curious and, at least for me, haunting blend of two very different backgrounds. Ossi was a student of the “Franfurt School” of modern philosophy and media theory, as well as an avid student of ancient Indian philosophy which he studied under a string of gurus (a word that means ‘teacher’ in Sanskrit). I am an American expatriate who, despite having lived in Europe for almost 50 years, has always retained his quintessential playful American facimation for technology in general, as well as a bright and cheerful expectation of what the future has in store for us.

We solved the problem by arranging to meet for days on end, first in Ossi’s cottage in the Spessart mountains north of Frankfurt, and later at my house in the Lungau, a remote valley in the Austrian Alps south of Salzburg, to spend days sitting around and talking, with the recording device running all the time.

Our “Spessart Talks” were full of vim and high spirits, and we both looked forward to completing our task in record time. But then one day Ossi called me up and told me that the doctors had found something growing n his brain that was looking distinctly worrying. After a series of examinations it tunred out to be much worse: He was also suffering from lung cancer, and he would require extensive chemotherapy. There was no telling when – or if – he would be able to get back to work.

This was bad news als sorts of of ways. In terms of the book, it meant that some of the most important chapters were yet unwritten, for instance chapters 3 (“Thinking in real time”) and 11 (“Think for yourself!”) with its call for an informed social discussion about the terminology and values of Digital Enlightenment.

I called Martin Janik and  he reacted beautifully: Ossi shouldplease concentrate all his ergies on getting well again, and of course the contract we both had signed would remain in effect, regardless. As for our deadline, hey, just see how it goes!

It took almost half a year, but Ossi finally emerged from hospital apparently as healthy and eager to go on with the writing as ever. Okay, his red dreadlocks were gone, tucked away in a shoebox awaiting the day they would submerged in the waters of Mother Ganga or some other river. But his head was as full as ever with ideas waiting to be discussed, recorded and eventually set down on paper.

Our conversations thereafter produced texts that for me belong among the most clearly and closely argued and logically derived I have ever read. Neither Ossi nor I could have ever achieved such results on our own, and reading over them again today I sometimes feel my skin crawl. Yes, Ossi, this was a true example of thinking going on in real time, as you insisted again and again we all should learn to do.

In a certain sense, Ossi and I wrote this book for us, and I find that is usually the best kind of book. It may sound self-centered, but in fact writing it was not only fun, but also extremely stimulating, like a ride on some kind of intellectual roller coaster; one you never knew where it would finally take you. We simply had to get all this out of our systems, and if somebody else enjoys it too, then that’s fine, but if anyone doesn’t like it then tough luck. This is, after all,  a book about the dangers of cultural pessimism and the deep-seated technophobia we find in certain parts of society, so it almost goes without saying that we stepped on a few toes.

When I originally wrote this afterword , Ossi seemed to be making a full recovery. Alas, that proved a short-lived hope. Less than half a year after the German version was published, he passed away and was buried near his home in Offenbach, a place he always jokingly referred to as the “South Bronx of Frankfurt”.

It took us 20 years, but I personally wouldn’t miss them for anything. But I sure will miss those conversations. So long, Ossi! See you in in the future, maybe.