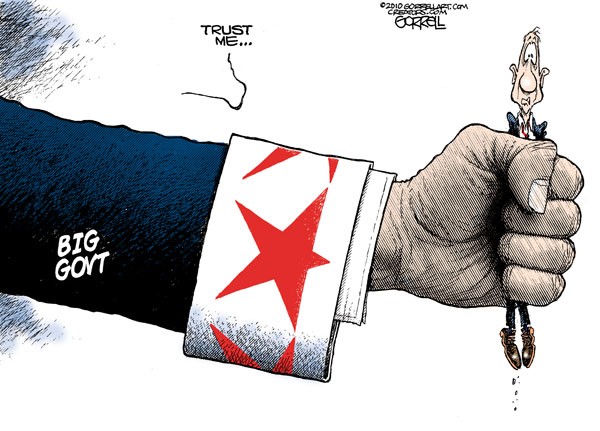 Americans believe Europeans live in a lush welfare state that they actually can’t afford, hence the Euro Crises, looming state bankruptcies in places like Greece, Portugal and Ireland, and a tendency to hang around in their social hammocks instead of rolling up their sleeves and getting on with the job like a Yank. American, they think, like “small government” (and the Republicans would like it even smaller) versus Europeans who like the governments big and proliferate.

In fact, as David Brooks helpfully points out in his column in the New York Times, it ain’t necessarily so.

According to data compiled by tax experts Donald Marron and Eric Toder of the Urban Institute, the U.S. spends significantly more on welfare for its citizens than Europe. Only it doesn’t actually spend – it gives tax breaks. Different system, same result.

Marron and Toder added up the numbers for 2007 and found that tax preferences amounted to $600 billion. Add that to actual expenditures, and the federal government is suddenly almost 20% bigger than you thought.

According to the Manual to the OECD Social Expenditure Database (SOCX) , net total social expenditure as a percent of GDP at factor costs in 2007 was highest in France and Belgium, at 30% of GDP. But the United States was right up there ahead of Italy, Austria, Denmark, Finland, and Canada, all of which spend between 22 and 28% of GDP.

Maybe you think a tax break isn’t the same thing as a spending program, Brooks says, but you would be wrong.

In a European-style welfare state, the onus is on the taxpayers to cough up the cash to finance programs for health insurance, unemployment benefits, old-age pensions, et cetera. Does a lot of money fall through the cracks and get spent for stupid stuff like paying farmers for not growing crops? You bettcha!

But tax breaks mostly benefit big corporations and their stockholders, who tend to be rich anyway and therefore get even richer. Give me the ol‘ European system any day. At least it’s honest.

Thankfully, America is moving cautiously in the right direction. The Obama administration has said it will simplify the tax code which will close some loopholes and hopefully lead to lower tax rates, but at the same time to increasing revenues by forcing the affluent to pay their fair share.

Of course, Mitt Romney might surprise us all in November, in which case all bets are off. My hunch is that the poor, elderly and disabled will get the dirty end of the stick, but one thing is certain: the Welfare State in America will continue to hide behind a mindbooglingly complex tax code.