No Wait and See 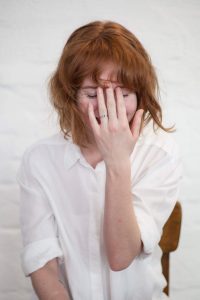 Drees originally arrived in Vienna to work for Tupalo, a restaurant-recommendation portal, but soon became more interested in helping fledgling entrepreneurs to get a foot on the ladder, especially female entrepreneurs like herself. “There aren’t enough women starting their own businesses here,” she complains.

After almost three years at the helm of Sektor5, she is proud to have been chosen by Austria Wirtschaftsservice Gesellschaft to organize its incubator program AWS JumpStart, a venture capital fund run by the development and financing bank. Starting with three candidates, which has since risen to five, she provides coaching and help in keeping the books balanced, as well as holding hands through tense moments, and keeping the java flowing. She connects budding business owners with trainers and organizes visits abroad to visit some of the major startup hubs around Europe and in the US.

Startups have to apply to become members but no one is expected to submit a business plan “because business plans are all outdated anyway,” she says. Instead she grills each candidate, expecting them to provide a frank assessment of their own strengths and weaknesses. Applications are whittled down to a shortlist of candidates who are invited to a ‘screening day,’ which is a make-or-break chance to convince her and her team that they really deserve funding.

Each program is limited to five months. After that, they are more or less on their own, barring the occasional coaching session or assistance in finding IT talent. Most applications are from Austria or Eastern Europe, and their focus ranges from fintechs to hardware and software-as-a-service.

She finds the conditions for founding a startup in Austria are “great – it’s pretty easy to get an appointment with the authorities, and even with other people willing to provide money.” However, she believes Austrians are quite risk-averse, and a tendency among young people to rely too much on the excellent social net that surrounds everyone in this small nation of Alps and lakes. “They could really be a bit more adventurous,” she chides. Finally, she would like to see more willingness on the part of government to invest directly. “All this trickle-down stuff is not really expedient,” she feels.

She is fiercely proud of her ‘alumni’, as she calls them. These include companies like Codeship, a specialist in continuous integration software, and MySugr, an app that helps diabetes patients and allows them to personalize their medication. MySugr recently received €4.2m in funding and is rapidly expanding into the US market. The latest portfolio of incubator projects includes ExtraSauber, Austria’s first online cleaning portal, ChillBill, a solution for automating receipt management, and Getfolyo, a mobile advertising venture.

We’re much more than a co-working space,” Drees boasts. “We’re a community of entrepreneurs.” And one in which she feels quite at home.