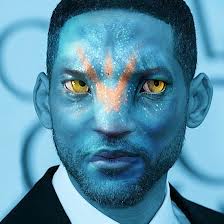 And who are you?

Our traditional way of thinking about privacy and intimacy no longer serve any meaningful purpose in a digitally networked world, so what’s the alternative? What could replace it? There are several likely candidates. One is the concept of “digital discretion” we have talked about at length in this chapter. Others are anonymity and pseudonymity.

Anyone who wants to be treated with discretion in the digital world, we believe, should be allowed to choose their own degree of exposure and, if they so desire, send a substitute instead; someone equipped and empowered to act as their representative dealing with others in the digital realm.

The word “avatar” has been around long before the 2009 film of that name by James Cameron. The word goes back to ancient India and is used to describe the reincarnate Hindu god Vishnu who is believed to have existed in many different incarnations, each with its own persona, namely the avatar. In almost all Hindu denominations, Vishnu is either worshipped directly or in the form of his avatars, the most famous of whom are Rama and Krishna. Vishnu is immediately recognizable to the cognoscenti in any of his various forms, including that of a woman – unlike avatars in the technisized Western sense of the word, where avatars do not bear any resemblance to the human owners.

Avatars have become figures of ridicule among Internet users due to the regrettable attempt by a company called Linden Lab in 2003 to popularize their MMORPGs (Massively Multiplayer Online Role Playing Game) called “Second Life” as an alternate online reality in which we all don an avatar of our own creation and essentially do things we do in the “real” world, only better. For instance our avtars could fly through the air which many of us would love to do in the here and now, but can’t. Large corporations jumped on the bandwagon and spend millions of dollars, like IBM, creating a “virtual company headquarters” and in the process making some early adherents outrageously rich: Payment was in virtual “Linden Dollars”, but these needed to be purchased with real, government backed cash.

As it turned out, most people are happy with their own real lives, thank you, and so they didn’t need a second one. News reports soon began to describe Second Life as an “avatar graveyard” because of the many abandoned digital deputies left behind by their owners.

For some reason, many people (especially if they work in marketing) think that an avatar has to be a cartoon figure. Witness the “customer care avatars” that became popular on some retail websites a few years ago. Mostly these were made to look like female figures from some kid’s comic book, and when they greeted you with “How may I help you”, they tended less to resemble an avatar then some kind of silly joke.

A real avatar is something I use to represent me on the Internet, such as the photo on my Facebook page. One of the authors of this book chose, a while back, to represent himself as a small green tree frog, and most people accepted that, albeit often only after leaving behind a few choice comments. Fans of the multimedia game “World of Warcraft” are used to being represented to other players as some kind of fantasy creature, depending on one’s status and previous level of achievement. Friends (and we use the word loosely here) know perfectly well whom they’re playing with or against, as the case might be.

The right to remain anonymous

At the risk of offending those upright pillars of society who demand that onliners be forbidden to wear the mask, we feel that anonymity and pseudonymity are important attributes of our developing online culture and should not be put at risk out of some populist sense of “decent” behavior. In fact, we agree more with people like Frank Rieger, a so-called “hackdivist” and member of the Chaos Computer Club in Hamburg, Germany, who demands that anonymity be elevated to the status of a basic human right. Like the right to remain silent, the right to remain anonymous, he believes, is an essential way to protect human dignity, not to mention security of person and others set forth in the Universal Declaration of Human Rights issued by the United Nations.

German high court judges added another basic right, incidentally, when they declared as far back as 2008 that the legal protection of human dignity pertains to the contents of our hard disks, as well as to our biological bodies. In effect, the court said, the computer is a outsourced part of our brain and deserves the highest degree of safeguarding against unreasonable search and seizure.

Thus, the high court effectively, or at least theoretically, put a stop to police officers arbitrarily carrying away disk drives and routinely copying all the data so as to fish for possibly incriminating content. There are things that we all store on our hard disks that are so personal that allowing them to fall into the hands of strangers, for whatever reason, is demeaning. Police need to follow the same procedures as for entering and searching a suspects house, and any information found that is not pertinent to the case has to be erased immediately.

As much as the high court’s decision deserves our applause for their “technically informed decision” (as the newspaper Sueddeutsche Zeitung commented later), there remains some confusion as to where the boundaries lie between our PCs at home or in the office and the World Wide Web and other parts of the Internet. As John Gage, one of the founders of Sun Microsystems, famously wrote in 1984, “the network is the computer”.

Does this mean that the protection against search and seizure extends to the Web as well? And what about my smartphone or iPad: Are they protected under the “Computer Right”, too? What about my settop box and my Playstation? And the Internet icebox or my bathroom scales, if they are also one day connected to the Internet?

As farsighted as they seemed to by, the German judges have left a lot of questions that still need to be answered before we can hope to achieve our final goal of Digital Enlightenment.